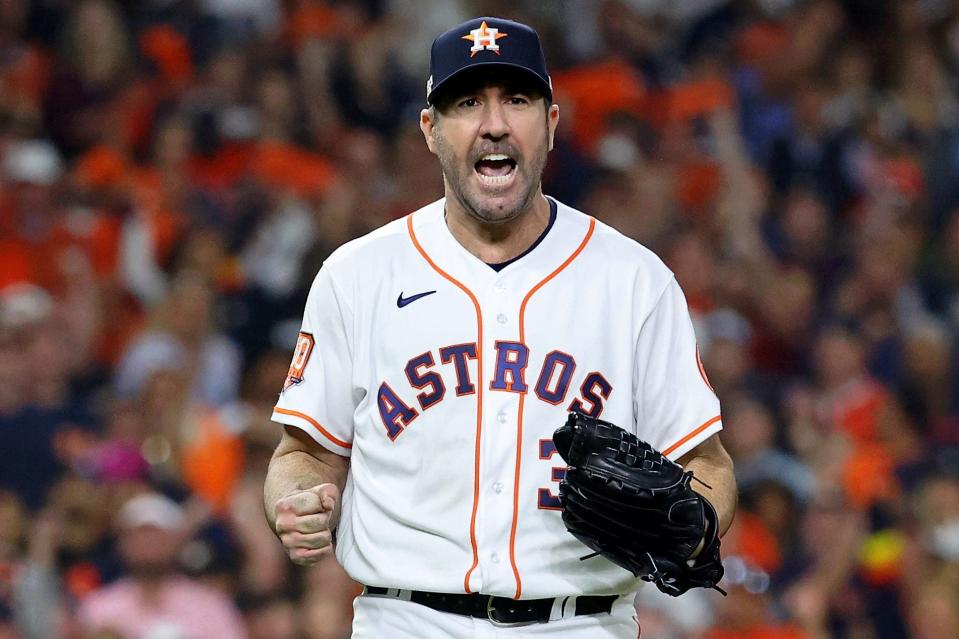 Forget the musical chairs of superstar shortstops, or the fate of the American League’s single-season home run leader. Fewer transactions could have had as many wide-ranging tremors as Justin Verlander’s defection to the New York Mets on a two-year, $86.6 million contract.

The pact, agreed to Monday in the opening hours of the MLB Winter Meetings, takes a future Hall of Famer, one of the game’s most dominant and reliable arms, off the market less than 72 hours after the Mets lost Jacob deGrom to the Texas Rangers. And now, the starting pitching market is already looking thin — with a plethora of contenders still aiming to shore up their rotations.

A look at the five biggest winners and losers after Verlander jumped to the National League for the first time in his 17-season career:

BRING ON THE CHAOS: MLB Winter Meetings return with prospect of pandemonium

Mets: They stick the landing

Pour some truth serum into a few cups in Flushing, and this outcome — deGrom to the AL, Verlander to Citi Field — might have been what most Mets brass and supporters rooted for all along. Certainly, deGrom was a New York institution, winning a pair of Cy Young Awards and redefining how dominant a starting pitcher can be — heck, he upped his strikeouts per nine innings from 9.2 as a rookie in 2014 to 14.3 each of the past two seasons.

But that dominance came over just 26 starts in two seasons as deGrom battled forearm and scapula injuries. Guaranteeing him $185 million over five years will come with plenty of winces every time deGrom’s high-torque delivery yields another 102-mph heater.

Instead, Verlander and old Detroit Tigers co-ace Max Scherzer are again joined at the hip, each set to earn $43.3 million the next two seasons. The Mets retain their 1-2 punch — and for $99 million less in guaranteed money.

Carlos Rodon: Back up the truck

It got real lonely quickly at the top of the pitching market.

And now, lefty Carlos Rodon will find himself in great demand…