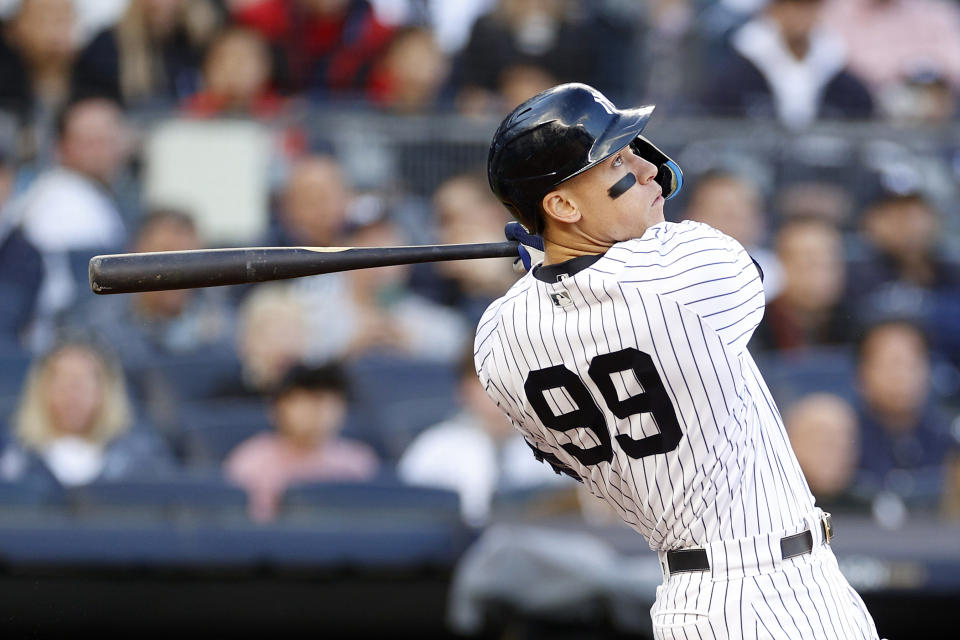 Aaron Judge is staying in the Bronx. The superstar slugger and reigning AL MVP is reportedly re-signing with the New York Yankees on a nine-year, $360 million deal, according to multiple reports.

Losing Judge, with him coming off a magical, 62-homer season after he declined an extension offer, would’ve been a major blow to the Yankees’ continued on-field pursuit of their first World Series since 2009 and the team’s sheen of superiority.

The biggest prize of the winter’s free-agent crop, Judge is coming off a performance whose superlatives transcend the individual season. Beyond the 62 homers, his 2022 featured a .311 batting average and an MLB-best .425 on-base percentage. Put it all together, and his 211 park-adjusted OPS+ — meaning he was 111% better than the league-average hitter — was the best by any qualified hitter in a full season since Barry Bonds.

Judge also became just the 10th player all time to post multiple 50-plus-homer seasons, having eclipsed 50 in his Rookie of the Year-winning, name-making 2017 campaign.

All of that fully realized brilliance helped Judge secure a significant earnings boost from what the Yankees offered in the spring. General manager Brian Cashman told reporters at the time that he had offered Judge a seven-year, $213.5 million extension for the years beyond 2022, which came out to $30.5 million per year. Instead, Judge lands at nine years, $360 million — good for $40 million per year.

The main concern surrounding Judge’s free agency, then and now, involves how well his 6-foot-7 frame will age. While he has allayed many health concerns by playing 148-plus games each of the past two seasons, hitters this tall often experience steep downturns in their early to mid-30s, and Judge will turn 31 in April.

Judge, however, has always been more athletic than most of the scary comparison points (Richie Sexson, Albert Pujols, etc.) and has made serious strides on his contact and strikeout rates. He also raised eyebrows by playing a passable center field when the Yankees needed it this season, and he should easily return to playing very good defense in right field.

You probably shouldn’t expect him to bash 62 homers or slug .686, but in seasons yet to come, Judge wields one of the most impactful bats imaginable.

Does it make sense for the Yankees? It was almost obligatory….