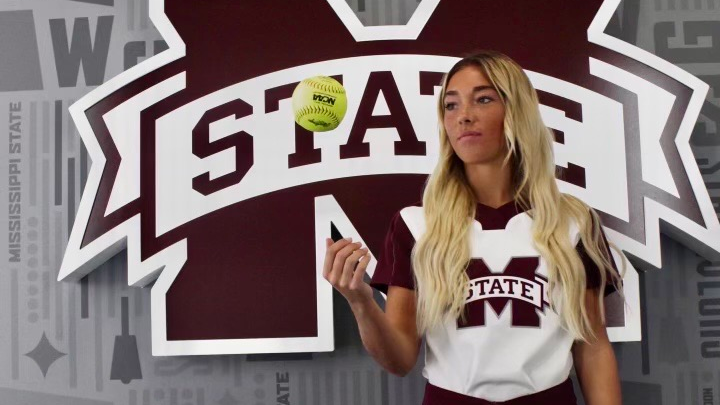 Edwards, out of Waldron, Indiana, is the top-ranked prospect in State’s class. She is considered the nation’s No. 16 prospect nationally by Extra Inning Softball and the No. 7 middle infielder in the class.

“Kylee Edwards is a phenomenal athlete who I am excited to see shine in the infield for us,” head coach Samantha Ricketts said. “She brings speed, athleticism and highlight-reel web gems that will make her a fun one to watch in the maroon and white. She is a fiery competitor who has played for top-level travel ball organizations like the Indiana Magic and Lady Dukes that will have prepared her for competition in the SEC.”

Edwards was a three-time USA Elite All-American and is also a highly-decorated basketball player. Her high school softball career began in eighth grade as a member of the varsity squad at Shelbyville High School. Last spring, she led her team to a regional championship and the first 4A state semifinals appearance in school history.

In her first season, she was named team MVP and defensive player of the year along with earning the Outstanding Bear Award after leading the team with a .627 batting average. As a sophomore in 2021, she hit .442 with 16 extra-base hits including five homers. She also stole 19 bases and made just five errors on 103 chances that year on her way to SHS Defensive Player of the Year honors.

As a junior in 2022, Edwards hit .538 with 41 RBIs, 17 doubles and 13 stolen bases while making just four errors defensively. She was named the Shelbyville News Player of the Year and earned IHSAA First Team All-State honors. In addition, she was named to the All-USA Central Indiana Indy Star Super Team and received HHC All-Conference recognition.

“Kylee is a very talented athlete with a huge competitive drive,” associate head coach Tyler Bratton added. “She possesses big-time range on the diamond as well as having a plus arm. Her ability to compete in the box to go along with her speed made her a no-brainer as we were evaluating her in high school. She’s a very versatile, dynamic player that has the opportunity to be an incredible athlete in the SEC. We are excited to have Kylee joining our dugout.”