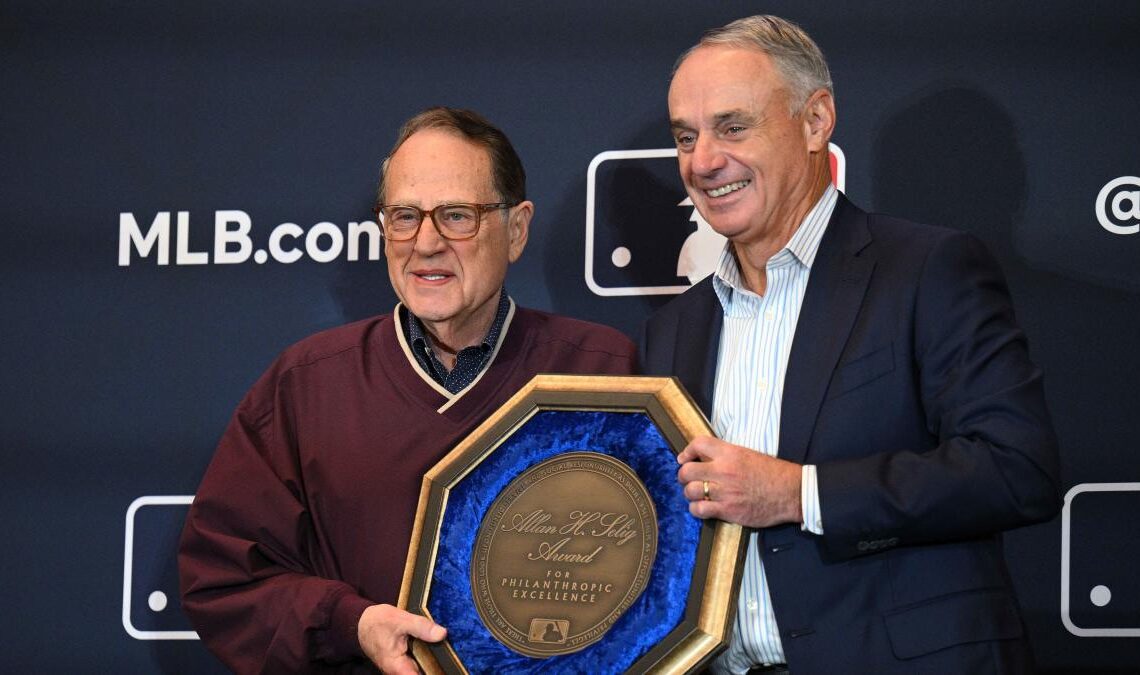 The Chicago White Sox were honored on Wednesday for their work off the diamond.

The organization was awarded the 2022 Allan H. Selig Award for Philanthropic Excellence at Major League Baseball’s Winter Meetings. It earned the honor for White Sox Amateur City Elite (ACE), one of the sport’s most comprehensive youth programs.

“Teams can leverage themselves so much and there are so many things we can do, and we have so many programs that do good in the community,” White Sox chairman Jerry Reinsdorf said. “My favorite program clearly is the ACE program.”

The ACE program began in 2007 and its mission is “providing a pathway to the game of baseball for African American youth, while offering resources and mentorship to pull kids away from the dangers of some of Chicago’s most violent neighborhoods,” per the organization. Thirty ACE alumni have been drafted by an MLB team, while 120 have gone on to play at the collegiate level.

On top of ACE’s impact on baseball opportunities, more than 250 participants have earned college scholarships and more than 85 have earned a college degree.

“It’s the old story about you give the man a fish, you can feed him for a day. You teach him how to fish and you feed him for a lifetime,” Reinsdorf said. “We’ve put these people out in the world with college degrees that they wouldn’t have otherwise had and then they can go out and have families and raise people who can be productive. It’s a good feeling. It really is.”

“The ACE program is a model of how clubs can successfully impact lives through action based on values that are important to our sport,” MLB commissioner Rob Manfred said.