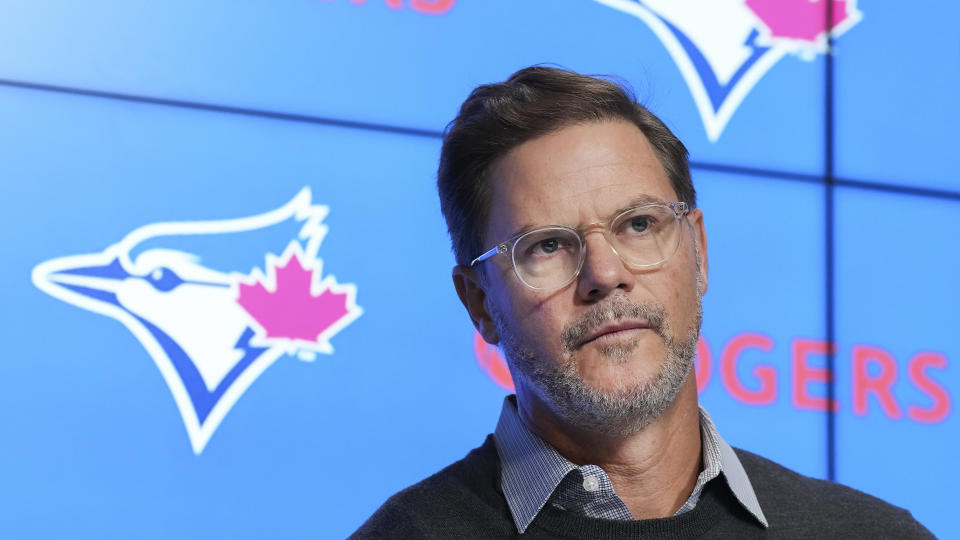 The season hasn’t even started, and the Toronto Blue Jays are already playing from behind.

At this year’s MLB Winter Meetings in San Diego, teams gave out a staggering $1.1 billion, including two contracts totaling $300 million or more, to free agents, but the Jays, one of the busiest teams in the previous offseason, couldn’t ink a single deal. Toronto’s closest rivals, though, got much better.

The AL East is baseball’s most competitive division. If you’re a club with playoff aspirations and you’re not spending in free agency, it’ll be hard to win.

The Blue Jays are always flirtatious at the Winter Meetings, and the same script played out this year. Toronto was “in” on lots of players — the Jays were closest to a deal with starter Andrew Heaney, per Sportsnet’s Ben Nicholson-Smith — but just couldn’t get it done. Heaney chose the Rangers for $25 million over two years, while Kyle Gibson, who the Jays also reportedly showed interest, chose the Orioles on a one-year, $10-million deal. Ouch.

Toronto was outmaneuvered on the position player side, too. Cody Bellinger, another player in whom Toronto had some moderate interest, went to the rebuilding Chicago Cubs for one year and $17.5 million. Brandon Nimmo, another outfielder coveted by Toronto, got a remarkable eight years and $162 million to return to the New York Mets.

Additionally, the Blue Jays couldn’t cut a deal involving one of their catchers. Part of that failure stems from their best potential trade partner, the St. Louis Cardinals, opting to sign catcher Willson Contreras to a hefty five-year, $87-million pact.

While the Contreras situation wasn’t a direct missed opportunity, it still closes some doors for Toronto’s front office, which likely enjoyed the thought of Dylan Carlson or Lars Nootbaar patrolling the outfield in a Blue Jays uniform.

To be fair, some of the price tags this winter have been outrageous. The Blue Jays had renewed interest in