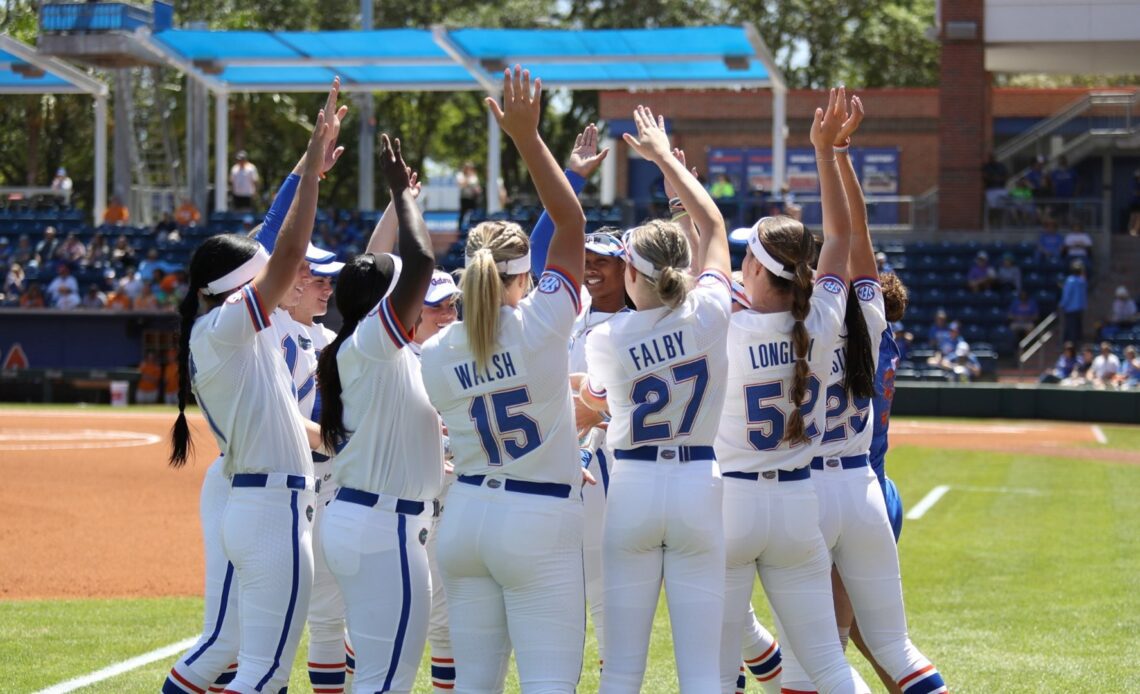 “We’re really excited about the upcoming 2023 season and the opportunity to play 29 games in front of the best fans in the nation at Katie Seashole Pressly Stadium.” Walton said. “We are also looking forward to making out first trip back out to California for the Mary Nutter Collegiate Classic since the 2020 season and the opportunity for our players that are from west coast to play in front of their family and friends. Overall, this is a quality schedule filled with opponents that will test us and help our team grow throughout the season.”

The Gators enter the 2023 season after the program reached its 11th Women’s College World Series last year. The squad also returns a trio of NFCA All-Americans in veteran third baseman Charla Echols and right-handed pitcher Elizabeth Hightower, who both secured the honors in 2021, and 2022 NFCA All-American Skylar Wallace.

In non-conference tournament action, the program is set to open the season once again in Tampa at USF’s tournament that will take place from Feb. 10-12, with contests against Boston University, Boston College, Illinois State and the Bulls.

The first tournament hosted by the Orange & Blue will be the T-Mobile Tournament (Feb. 17-19) which will bring in UCONN, Bowling Green, Central Michigan and Delaware State.

One of the highlights of nonconference play at home is the Bubly Invitational (March 10-12) which will welcome home a pair of former UF standouts in Mercer’s head coach Lindsay Fico and Rutgers’ head coach Kristen Butler, along with a pair of games against Sun Belt Conference Champion Louisiana.

The Gators will also participate in two other tournaments away from KSP Stadium with trips to Palm Springs, Calif. for the Mary Nutter Collegiate Classic (Feb. 23-25) and Birmingham, Ala. for a tournament hosted by UAB (March 3-5).

Florida’s opponents at the Mary Nutter include Big West Champion Cal State Fullerton, UC Riverside, Oregon and 2022 Women’s College World Series opponent UCLA. The tournament schedule and opponents at UAB has yet to be determined.