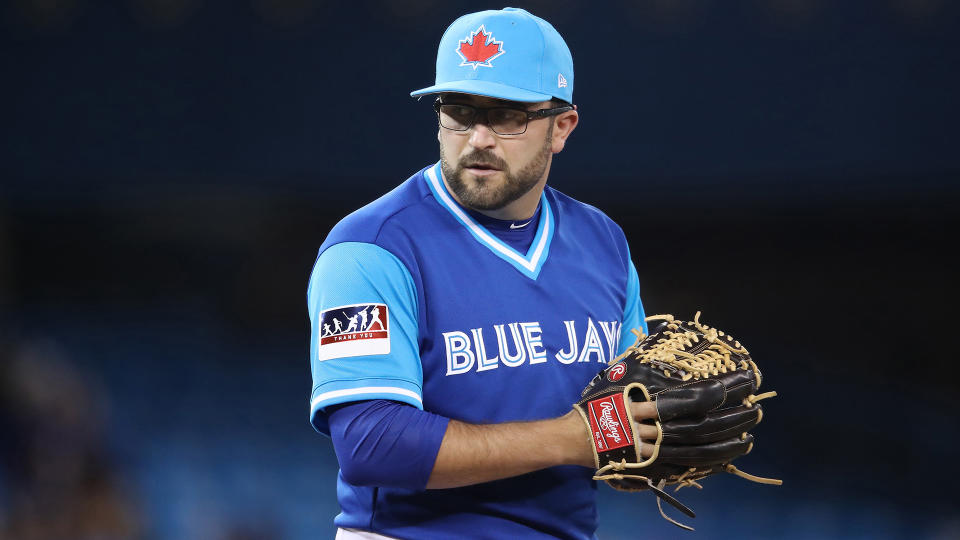 House, who spent parts of four seasons in the majors, detailed his struggles as a closeted gay man and how he used his profession as a mask of sorts.

“I’ve struggled my entire life with being comfortable in my own skin,” House wrote. “I have purposefully distanced myself from people for the sake of trying to protect myself. It’s disheartening how one simple thing can change an individual’s opinion of you in a matter of seconds. It has taken me years to wake up every morning and tell myself that you are loved for you, the one that’s deep down inside that you’ve never truly let out.

“I’ve been loved my whole life for what I did as a career, and it carried me for the longest time. Eventually though, it’s a bandage that covers a wound that needs fresh air to heal. You have to rip it off at some point if you truly want to get better. Shame has kept me quiet all these years, but love has finally set me free.

“You see, I was 23 years old and living out my childhood dream playing professional baseball in Cleveland. I dedicated all my energy into it, using it as my drug to numb what was really going on inside. Don’t get me wrong, I loved every moment of my playing days, and I would go the same route again if I had the chance (with one big change). But even with all the money, fancy cars, nice clothes and a little tiny bit of fame, I would go home every night wishing I could change. Deep down I wanted something more, I wanted to be loved not for what I did, but who I was.”

House, 33, broke through as an effective starter for the Indians in 2014. He registered a 3.35 ERA over 19 games (18 starts) that season, but made only eight combined appearances over the next two years.

The left-hander signed with the Blue Jays in 2017 and pitched in two games before being designated for assignment. Those would be his final MLB contests as he wrapped up his career with a 5-7 record and 4.44 ERA over 29 games.

House is the third former major leaguer to come out as gay, following Billy Bean and Glenn Burke.