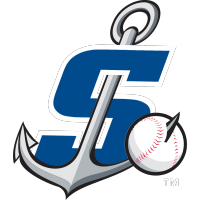 The former Port pitcher Jefferies will get another chance to make the big-league club this spring after making it in 2022 but having it cut short with an injury. Before heading to the injured list, Jeffries made the rotation out of spring training appearing in eight starts and posting a 5.72 earned run average with a 1-2 record in 39.1 innings pitched.

Catchers Tyler Soderstrom and Daniel Susac both make the cut after impressive 2022 seasons. Soderstrom, a Port in 2021, had a breakout campaign in 2022 across three levels with a .267 batting average, 29 home runs, and 105 RBI after starting the season in High-A Lansing and ultimately finishing in Triple-A Las Vegas. This will be his second spring training as a non-roster invitee.

Susac, the 1st round draft pick from the 2022 draft out of Arizona University, garnered an impressive sample size in Stockton after being called up in early August. In just 27 games, the former Wildcat littered the Ports leaderboard for the remainder of the season with a .298 average, one home run and 15 RBI.

Infielder Zack Gelof will make his second appearance in Spring Training as a non-roster invitee while Muncy will notch his first invite. In 2021 as a Port, Gelof impressed out of the gates in his 32 games putting up a .298 average with seven home runs, 22 RBI, and a .393 OBP. 2022 showed no different for the third baseman who started the season in Double-A Midland starring in 87 games with 13 home runs and 61 RBI, earning him a promotion to Triple-A Las Vegas to end the Minor League Season.

The shortstop Muncy excelled in his first professional season starting in Stockton delivering a .229 average with 16 home runs, 51 RBI, and a .799 OPS before a promotion to High-A Lansing.

Clarke was the A’s fourth round pick in the 2021 draft and hit .248 with 15 home runs, 47 RBI, 30 stolen bases and a .834 OPS between Single-A Stockton and High-A Lansing last year. Clarke shined as a Port reaching in 37 straight games for the Ports before his promotion to Lansing.

• Discuss this story on…