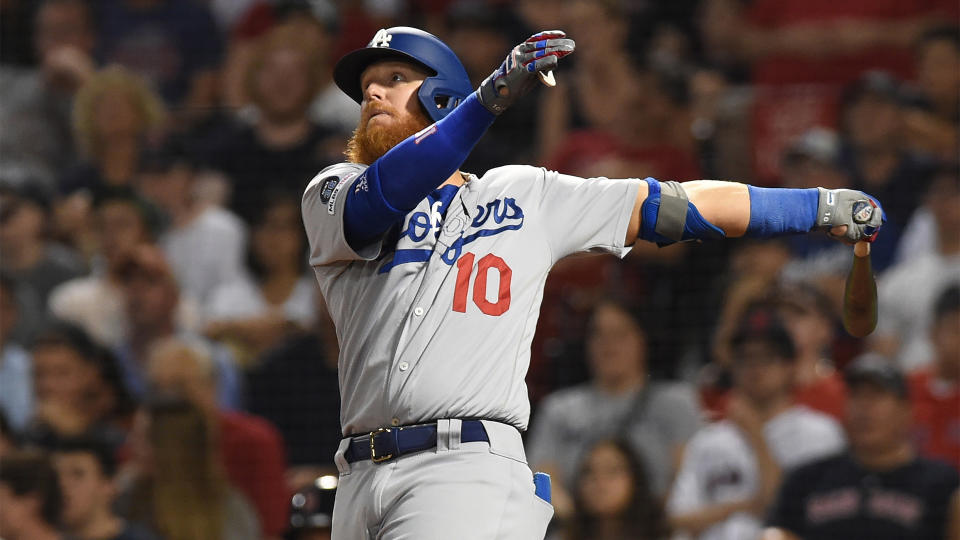 BOSTON — The Red Sox signed infielder Justin Turner to a one-year contract on Friday, adding a player they hope can help make up for the loss of All-Star infielder Xander Bogaerts in free agency.

Left-hander Darwinzon Hernandez was designated for assignment to make room on the 40-man roster.

The addition of the 38-year-old Turner comes on the heels of Boston agreeing to an 11-year contract worth $331 million with Rafael Devers to stay with the Red Sox, a person with knowledge of the agreement told The Associated Press on Wednesday.

Turner entered free agency after the Los Angeles Dodgers declined their $16 million option on him. Turner was named MVP of the 2017 National League Championship Series, earned All-Star honors in 2017 and 2021 and helped the Dodgers win the World Series during the 2020 pandemic-shortened season.

He hit .278 with 13 homers and 81 RBIs in 128 games after slumping early in the season. From the All-Star break on, he batted .340 before going 2 for 13 in the NL Division Series, where the Dodgers were eliminated.

During his nine seasons in Los Angeles, he has been a fan favorite and active in the community. In November, he received the Roberto Clemente Award, which honors MLB players for their philanthropic efforts.