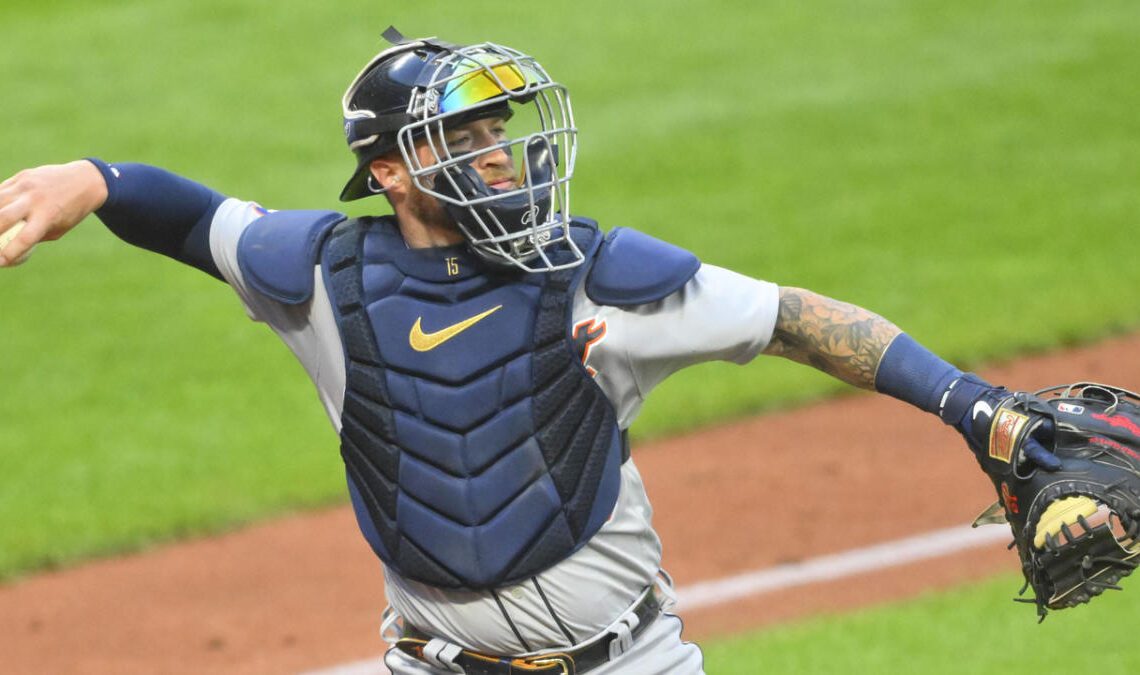 While the Cubs‘ deal with Eric Hosmer has not yet been made official, their reported agreement with the first baseman continued an active offseason for Jed Hoyer and Co.

Most recently, the Cubs designated Alfonso Rivas, Erich Uelmen and P.J. Higgins for assignment to clear space on the 40-man for Anthony Kay and Drew Smyly and catcher Tucker Barnhart.

Rivas cleared waivers and was released, while Higgins cleared and was outrighted to Triple-A Iowa. The Cubs traded Uelmen to the Phillies on Wednesday for cash.

With a little over a month until spring training, here is how things currently stand on the Cubs’ 40-man, with italics denoting an offseason signing/addition.

New here this offseason are Taillon and Boxberger, two of the Cubs’ key signings; Kay, who was claimed off waivers from the Blue Jays last month; and prospects Brown and Jensen, who were added to the 40-man in November.

Seventeen of the 23 pitchers appeared for the Cubs in the big leagues last season, including Roberts, who made the Opening Day roster but later underwent season-ending Tommy John surgery.

Heuer — who underwent Tommy John last March and didn’t pitch in 2022 — and Roberts each are likely to miss the start of next season but were activated off the 60-day IL in November. So was Hendricks, who missed the final three months with a shoulder injury.

Barnhart, who signed a two-year deal, is expected to split time with Gomes behind the plate. Amaya joined Double-A Tennessee last summer after his Tommy John recovery and suffered a Lisfranc injury at the end of the season.

Swanson, the Cubs’ biggest offseason addition, signed a seven-year, $177 million deal after seven seasons with the Braves. Mastrobuoni was acquired from the Rays in November and has minor-league options remaining.