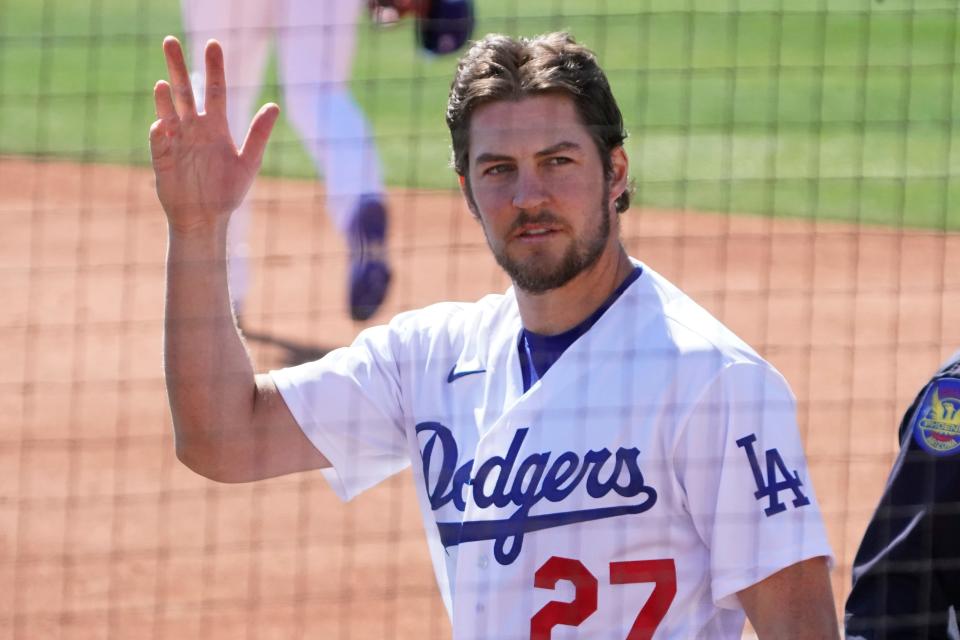 As Deshaun Watson sat out the 2021 NFL season, it rumbled on smoothly without him.

The NFL did not miss Deshaun Watson.

And yet after a year spent in limbo while he faced 26 lawsuits from massage therapists detailing alleged misconduct, Watson, at his best a franchise quarterback, was greeted not as a depreciated asset but rather a hot commodity.

His former team, the Houston Texans, fetched six draft picks, including three consecutive first-rounders, from the Cleveland Browns. The Browns then gifted Watson a record $230 million guarantee, including a $45 million signing bonus, even as they knew an NFL suspension – ultimately 11 games of the 2022 season – was imminent.

BAUER DFA’D: Los Angeles says Bauer ‘no longer be part of our organization’

Never mind the highly specific accusations that emerged in two dozen lawsuits filed against Watson, of which 23 were settled confidentially. Or the notion that he deployed dozens of massage therapists in a short period of time – 66 in 17 months, according to one report.

And never mind, ultimately, that nearly half of NFL fans are women. Watson can win football games.

Friday, the Los Angeles Dodgers designated Trevor Bauer for assignment, cutting ties with the pitcher 15 days after an arbitrator upheld 60% of his 324-game suspension levied by Major League Baseball for violating its joint domestic violence, sexual assault and child abuse policy. The 324-game ban was a record under the policy and, after Bauer’s appeal, the 194-game ban that was upheld remains the longest ever.

The suspension cost Bauer $37.5 million of salary, though he will still receive about $22 million of the $35.3 million owed him this year. His greatest loss may not be monetary.

There is a better than zero chance that Bauer has pitched his last major league game; at the least, we know one team has decided to wash their hands of him. It will take 29 more clubs to determine whether any benefit a soon-to-be 32-year-old short-season Cy Young Award winner brings will be worth the reputational damage. Perhaps some will even acknowledge, as part of their calculation, the feelings of women…