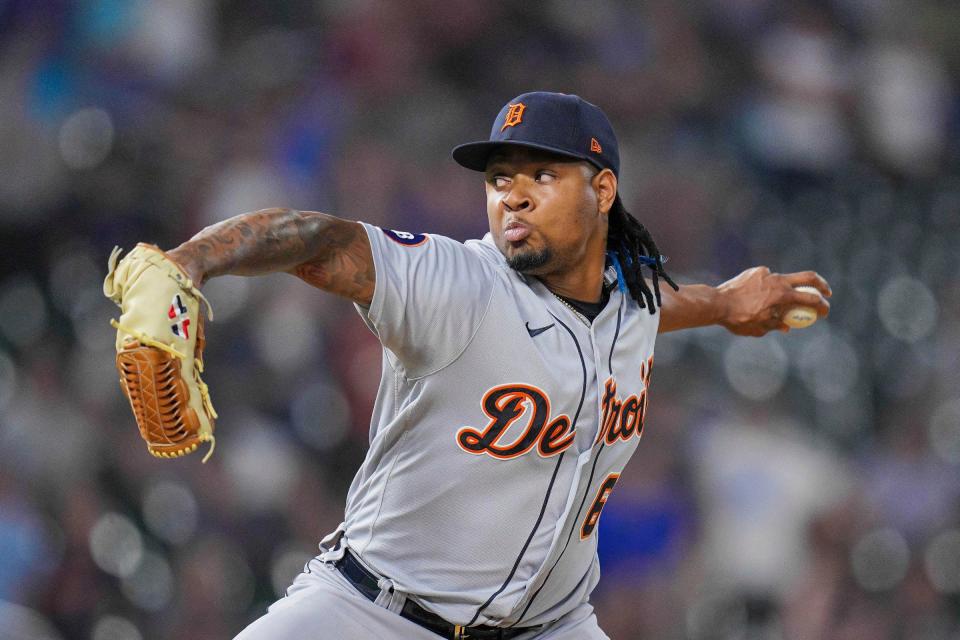 The Detroit Tigers have parted ways with their closer.

The Tigers have not officially announced the trade, as the deal is pending medical reviews. The return, as first reported by MLB Network’s Jon Morosi, features three position players: Nick Maton, Matt Vierling and Donny Sands. All three players have MLB experience.

NEW INFIELDER: What Tyler Nevin, 2015 first-round pick, brings to Tigers: ‘I have a lot to prove’

Soto becomes a free agent after the 2025 season.

The Tigers signed Soto out of the Dominican Republic on the international market in December 2012. He has a 4.13 ERA with a 13.1% walk rate and 23% strikeout rate across 186 games (seven starts) in parts of four MLB seasons.

Clemens, a third-round draft pick in 2018 and the son of Roger Clemens, made his MLB debut last season and played 56 games. He hit .145 with five home runs, eight walks and 33 strikeouts. The 26-year-old performed better in Triple-A Toledo, hitting .274 with 13 homers, 20 walks and 71 strikeouts in 60 games.

Maton, who turns 26 in February, has played 86 games for the Phillies across the past two seasons, hitting .254 with seven home…