Dodgers lost big on their Trevor Bauer bet. Will the number crunchers save them? 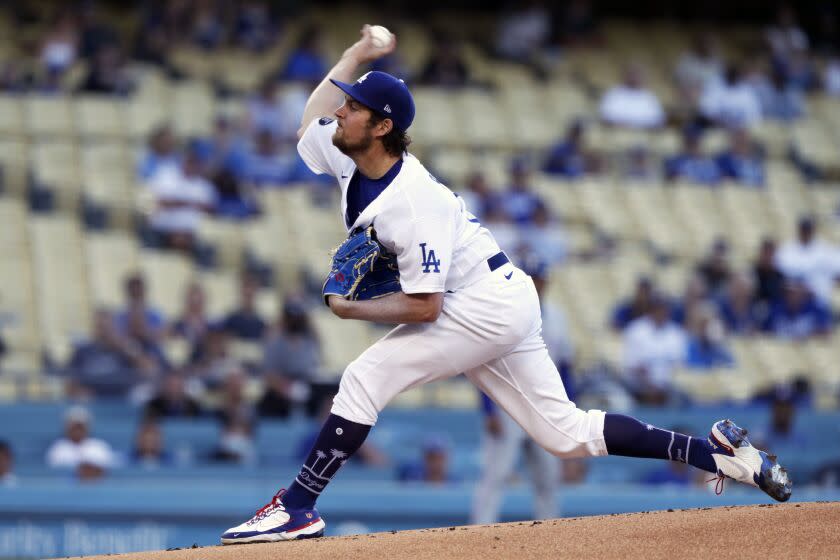 The Dodgers bet on Trevor Bauer once, and they lost. They weren’t about to double down on the dumbest wager they’ve ever placed.

Starting the process to end their affiliation with Bauer won’t absolve them of their original mistake, however. Whether they release or trade him in the coming days, they will continue paying for the decision to sign him in the first place.

They have already spent the majority of this offseason on the sidelines while their rivals picked up high-priced reinforcements on the free-agent market.

They could be limited in the salary commitments they can take on in-season.

And they still might not be able to keep their payroll under the luxury-tax threshold.

Now, the onus will be on Andrew Friedman and his army of number crunchers to live up to their carefully curated public image. They will actually have to be smarter than their competition.

The Dodgers have qualified for the playoffs in 10 consecutive seasons, winning their division nine times in that stretch. They have won with scouting and coaching, unearthing previously overlooked gems such as Max Muncy and Tyler Anderson and training them up to be All-Stars. They have won with player development, their success stories including the likes of Corey Seager, Walker Buehler and Will Smith.

What’s made their methods work as well as they have is their wherewithal. Their war chest has permitted Friedman to outspend his mistakes.

Brandon McCarthy and Scott Kazmir were both $48-million busts in the early years of the Friedman regime. But rather than receive criticism for wasting money on a couple of broken-down pitchers, Friedman was praised for finding reasonably priced replacements in the likes of Brett Anderson and Alex Wood.

Anderson was a $10-million flier. Wood was acquired in a trade for Cuban prospect Hector Olivera, whom Friedman signed for $62.5 million.

The Dodgers have continued throwing around their financial weight. They spent $1 million last year on Cole Hamels, who came out of retirement only to be shut down…