No big-name help is coming. Why the Dodgers are betting on themselves 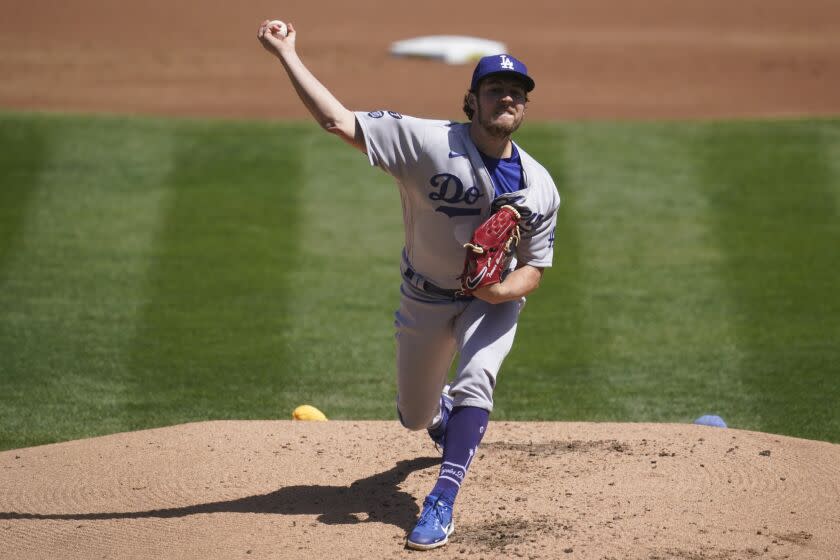 By not taking a gamble on any of this offseason’s top free agents, the Dodgers instead placed one very big, very high-stakes bet on something else.

That’s perhaps the best way to summarize the club’s winter activity, in which the Dodgers made themselves an outlier among Major League Baseball’s large-market teams by not making any large-scale investments.

Almost unanimously, the sport’s other biggest contenders decided that the length and cost and risk of mega-deals was all worth it — that heavy spending is simply what it takes to compete in the majors’ current landscape.

The San Diego Padres (who signed Xander Bogaerts), Philadelphia Phillies (who signed Trea Turner) and Atlanta Braves (who traded for and then extended Sean Murphy) all spent their way into the league’s luxury tax.

Then there are the New York Mets, who were already headed toward a league-record payroll with the additions of Justin Verlander and Kodai Senga even before reportedly agreeing to a massive deal with Carlos Correa.

The Dodgers, on the other hand, zagged in a different direction.

They spent lightly in free agency, acquiring a string of less expensive veterans on one-year deals. They sat out many of the winter’s most lucrative bidding wars, and came up empty-handed on a few others they did pursue.

Their offseason approach was no doubt influenced by the uncertainty surrounding Trevor Bauer’s status. The Dodgers did not learn until Dec. 2 that the pitcher would be reinstated for the 2023 season following a reduction to his domestic violence suspension and owed $22.5 million in salary. On Friday, they designated Bauer for assignment. They have until Thursday to trade or release him.

Even before Friday’s news, the Dodgers’ reticence to pay premium prices on any of their biggest needs — they have dropped from first to fifth in the majors in payroll, and currently straddle just below MLB’s $233-million luxury tax threshold — signaled an unwavering trust in their core organizational beliefs.