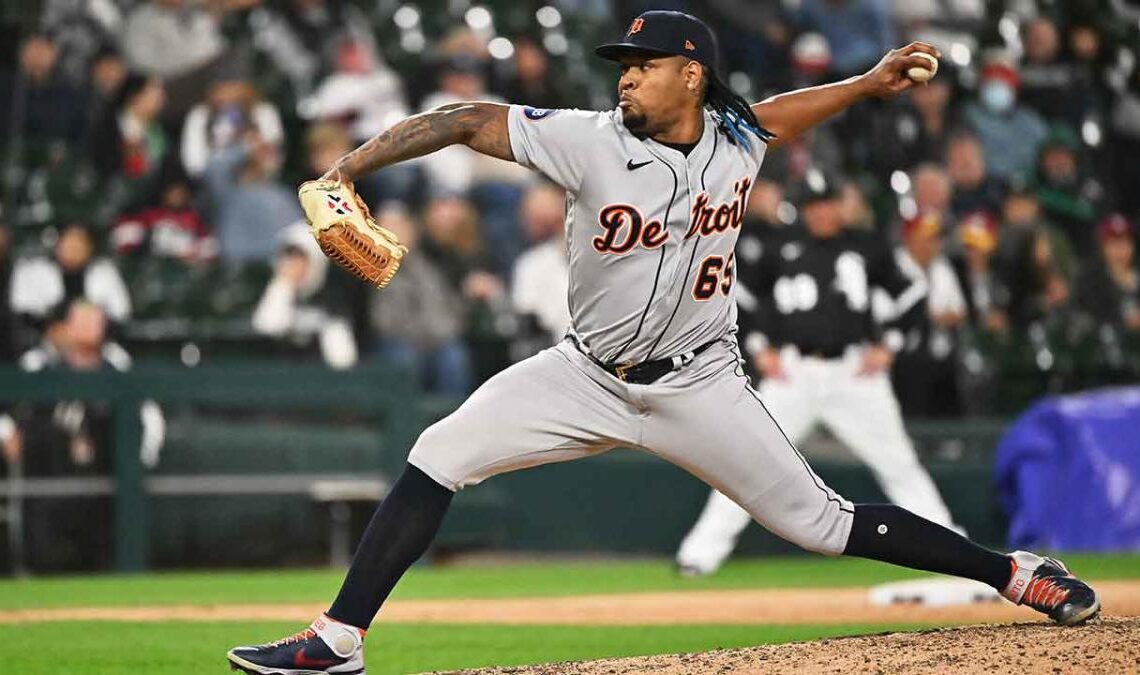 The Phillies are on the verge of acquiring left-handed reliever Gregory Soto from the Detroit Tigers, as first reported by Jim Salisbury.

Soto is a hard-throwing, high-leverage lefty who has spent the last two seasons as the Tigers’ closer. In 126 games over that time, he saved 48 games with a 3.34 ERA. He allowed plenty of baserunners both years, walking 74 in 124 innings with a 1.36 WHIP, but he also limited the longball, allowing just nine. Some of that was owed to the spacious dimensions of Comerica Park, a luxury he won’t be afforded at Citizens Bank Park.

Soto turns 28 in February. This offseason is his first of three years of arbitration eligibility and he isn’t set to become a free agent until after the 2025 season. He made $722,400 last season and is projected to see an increase to the $3 million range this year.

The Phillies are trading players who helped them win games last season in Vierling and Maton but they’re also bringing back a talented reliever in the prime of his career and under club control. Their revamped bullpen now has two tough right-handers in Seranthony Dominguez and Craig Kimbrel and two hard-throwing lefties in Soto and Jose Alvarado. There’s a lot of swing-and-miss and late-game experience in that group, though Kimbrel, Alvarado and Soto are all prone to occasional or sometimes more than occasional bouts of wildness.

The Phillies also have lefty Matt Strahm, their first bullpen addition of the offseason. He was signed to a two-year, $15 million contract. Dominguez, Kimbrel, Soto, Alvarado, Strahm and right-handers Connor Brogdon and Andrew Bellatti will likely claim seven of the bullpen’s eight or nine spots, barring injury.

It is unclear who will close. Dominguez and Alvarado saved games for the Phillies last season, Kimbrel is a future Hall of Fame closer but lost his job with the Dodgers in September after an up-and-down six months, and Soto has been a closer the last season and a half. The Phillies have spent a…