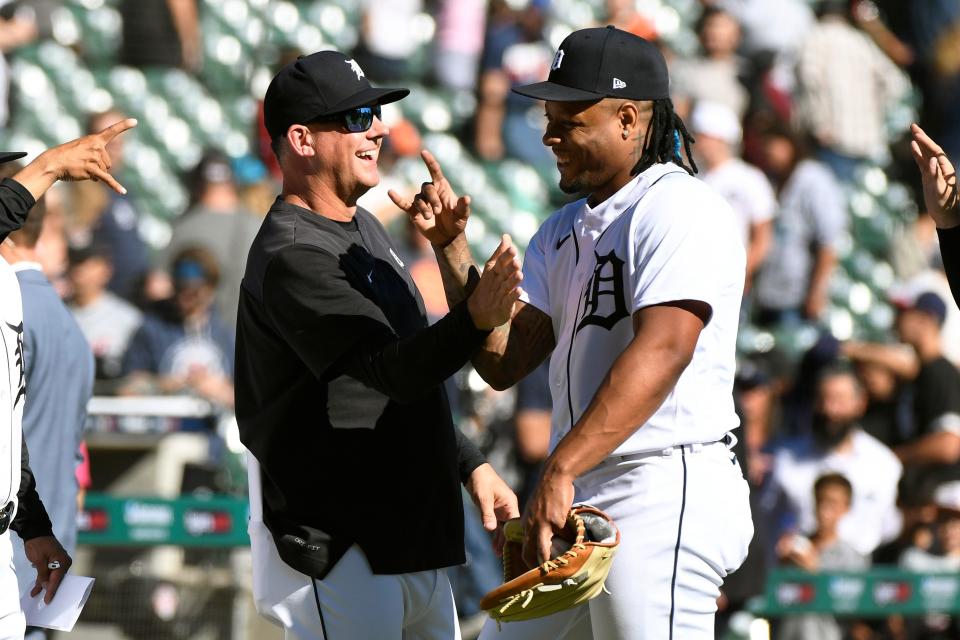 The Detroit Tigers could have kept Gregory Soto.

Hard-throwing left-handed relievers with multiple years of team control are some of the most valuable pitchers to any organization. Soto fit the profile for the Tigers: He won’t become a free agent until after the 2025 season, and his fastball often reaches triple digits. As the Tigers’ closer, the two-time All-Star succeeded in more than 92% of save opportunities in the past two seasons.

Still, the Tigers traded Soto (and utility player Kody Clemens) to the Philadelphia Phillies on Saturday in exchange for outfielder Matt Vierling, infielder/outfielder Nick Maton and catcher Donny Sands. In doing so, Tigers president of baseball operations Scott Harris finalized his decision about Soto, opting not to wait until the trade deadline this summer.

“Was that a consideration? Yeah, it was,” Harris said. “But we liked this package and felt like it was over the line, and we decided to do it.”

The Soto situation is fairly simple to understand. He has elite pitch characteristics but has been inconsistent in commanding his arsenal throughout his entire career, averaging 5.4 walks per nine innings over the past two seasons.

His strikeout numbers per inning dropped last season — from 10.7 in 2021 to nine in 2022 — without a grasp for his once-electric slider. As a result, his swing-and-miss rate decreased from an encouraging 31.3% in 2021 to an underwhelming 25.7% in 2022. Those results, combined with an inflated walk rate, might never improve.

If the Tigers thought Soto could recapture his old slider and limit the walks, they probably would have held onto him until the trade deadline. An improvement there would have caused his value to skyrocket.

“We’ve had a lot of conversations about him throughout the winter,” Harris said. “We felt like this deal was over the line for us, and we wanted to go ahead and make the deal now. Performance next year, or even in the first half of next year, is never a certainty. That’s another risk we would take.

“That’s not a commentary on Gregory as a pitcher. It’s just a reality of performance in this industry. We felt like, going into the winter, if we could get a deal that was over the line for us, we should be prepared to take it. We’re also thrilled that we got players back that have a chance to help us in 2023 and…