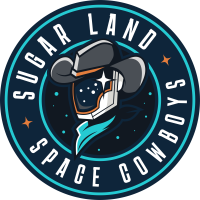 (SUGAR LAND, Texas) – Constellation Field is set to host a series of college baseball games from February through April, including a series featuring Purdue and the Sugar Land Classic, hosted by Houston Christian University.

Tickets for all college baseball games can be purchased by visiting slspacecowboys.com/events.

Purdue is set to take on Holy Cross for a four-game series from Feb. 17-19, marking the second straight year the Boilermakers open their season at the home of the Sugar Land Space Cowboys. The series will begin at 3 p.m. on Feb. 17, continue with a doubleheader on Feb. 18, with games at 1 p.m. and 4:30 p.m., and will close out at 1 p.m. on Feb. 19. Tickets for each game are $12, with a weekend pass available for $28 as well.

Purdue, which competes in the Big Ten Conference, set a program record last season by starting out the season 15-0 and finished the season 29-21, qualifying for the Big Ten Baseball Tournament. Holy Cross is scheduled to make its first ever appearance at Constellation Field after finishing the 2022 season with a 17-37 record while competing in the Patriot League.

The first-ever Sugar Land Classic will run from Feb. 24-26 and features Lamar, New Mexico State, Northwestern State, Seton Hall and Stephen F. Austin, along with Houston Christian. Day passes are available for $15, with a weekend pass also available for $40.