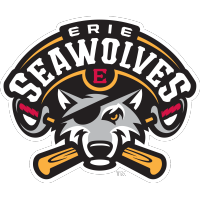 (Erie, PA) – The Erie SeaWolves, in conjunction with their parent club the Detroit Tigers, today announce the team’s 2023 field staff.

Gabe Alvarez, who led the SeaWolves to their first ever Eastern League Championship series appearance, returns to the club to lead the 2023 squad. Alvarez enters his third season in the Tigers organization and second with Erie. He guided Erie to its fifth 80-win season in team history, capturing the Southwest Division second half title on the final day of the regular season.

Gabe Alvarez, the 19th manager in SeaWolves history, returns to Erie for his second season after leading the club to a Southwest Division title and Eastern League Championship Series appearance in 2022.

Prior to joining the Tigers, Alvarez spent 11 seasons as an assistant coach with the University of Southern California. He also served as the Trojans’ recruiting coordinator and hitting coach before departing for professional baseball.

Alvarez was selected in the second round of the 1995 MLB First-Year Player Draft by the San Diego Padres. After spending three seasons in the Padres Minor League system, he was selected by the Arizona Diamondbacks in the 1997 MLB Expansion Draft and then traded to the Tigers. Alvarez began the 1998 season with the Toledo Mud Hens and made his Major League debut with Detroit on June 22, 1998. He split time between Toledo and Detroit from 1998-2000 before being traded to the Padres in July of 2000. His spent the last three seasons of his playing career in the minors at the Double-A level with affiliates of Cincinnati (2001), Milwaukee (2002), and the Chicago White Sox (2003).

Juan Pimentel returns to the Tigers organization for his second season and first as the Erie pitching coach.

Pimentel is a native of the Dominican Republic and played collegiately at Indian River State College and the University of Central Florida. After graduating UCF in 2017, he returned to…