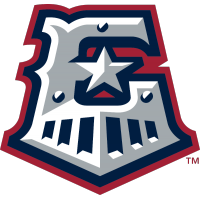 ROUND ROCK, Texas – Save the date! The Texas Rangers Caravan is returning to Dell Diamond on Thursday, January 19, presented by Cody Pools. The caravan will include newest Texas Rangers signee, RHP Nathan Eovaldi, along with former Round Rock Express players, INF Josh Smith and INF Mark Mathias. Rangers Radio Broadcaster, Matt Hicks, will emcee the event.

Express fans are invited to the meet and greet from 5:00 p.m. – 7:00 p.m. in the United Heritage Center. A limited number of tickets are available and cost $20 (plus applicable taxes and fees). Tickets can be purchased at RRExpress.com. Each ticket includes access to the cocktail-style reception including appetizers, water and tea. Following a short program from 5:30-6:00, there will be an autograph session for all ticketed attendees. Please note, fans will have a one autograph limit and representatives of the Rangers are subject to change. No customizations/personalized autographs and/or posed photographs are permitted. Parking is free for this event.

Mathias appeared in eight games for the Express in 2022 after he was traded to Texas, from the Milwaukee Brewers, on August 2. He was recalled to the Rangers on August 16 and finished the season with the big-league club while appearing in 30 games and batting .277 (18-65) with three doubles, six home runs and 20 RBI. His six home runs were a career high. One of those home runs came in walk-off fashion on September 13 against the Oakland Athletics. His solo homer helped the Rangers climb back from a 7-2 deficit.

Smith returns to Dell Diamond after playing in 55 games for…