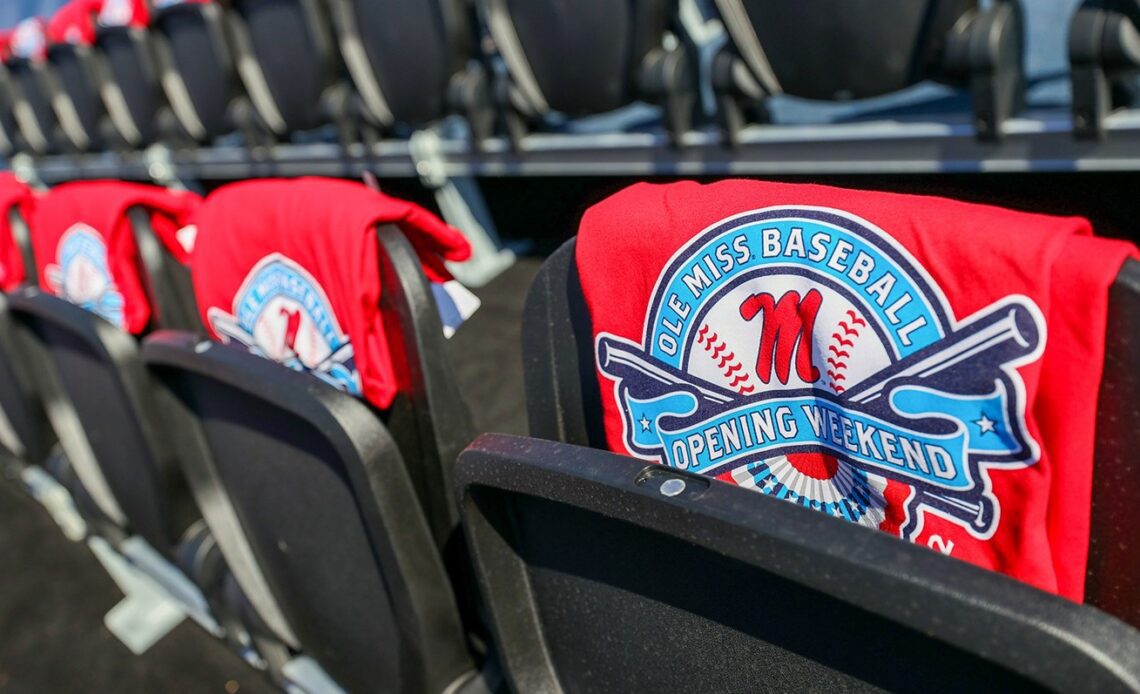 
OXFORD, Miss. – Ole Miss Baseball has announced their full slate of home game times ahead of the upcoming 2023 season. The full schedule with times and locations can be found here.

Fans can still purchase season tickets before the start of the 2023 season as a limited number of packages are still available. Tickets can be purchased online at olemisstix.com or by calling the ticket office at (662) 915-7167.

The Rebels will open SEC play at home with a three-game series against Florida starting on March 24 at 6:30 p.m. Saturday and Sunday’s games against the Gators will both start at 1:30 p.m.

The Rebels will play two neutral site games in Pearl as part of the Trustmark College Series. Ole Miss and Southern Miss will matchup for the first time since the Hattiesburg Super Regional on Tuesday March 28 at 6:00 p.m. at Trustmark Park. The annual Governor’s Cup game against Mississippi State will take place on April 25 at 6:00 p.m.