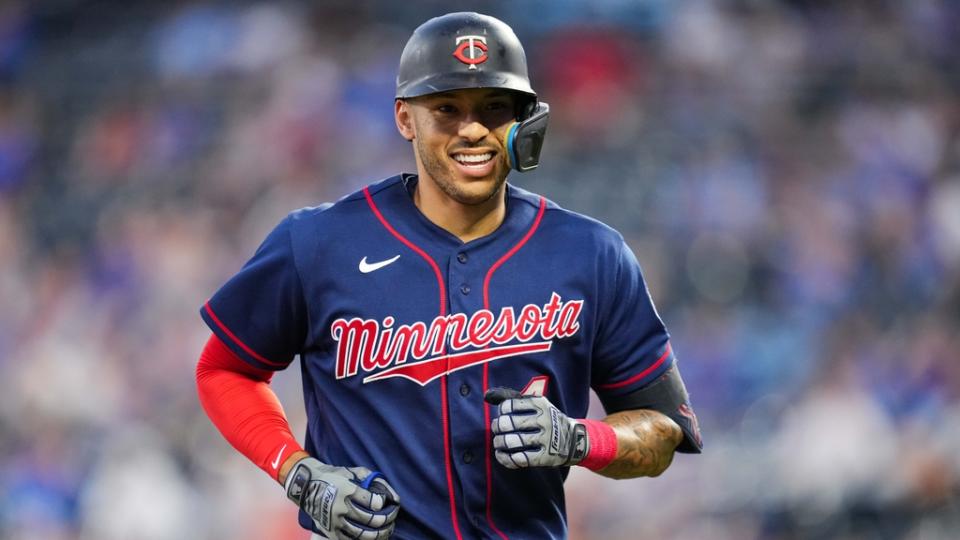 Carlos Correa has agreed to terms with the Minnesota Twins, after weeks of protracted negotiations with the Mets — in an effort to rework their agreed upon 12-year, $315 million deal — flamed out.

Correa’s deal with the Twins — which is pending a physical — will guarantee him $200 million over six years and can be worth as much as $245 million over seven years, a source told SNY’s Andy Martino. Correa can trigger that seventh year option if he reaches 502 plate appearances during the sixth year of the deal.

Martino reported on Tuesday morning that he had heard optimism on Monday night regarding the potential of Correa winding up with the Twins.

Last week, Martino reported that the Mets — who flagged an ankle issue during Correa’s physical right before the holidays — had grown “very frustrated” with the negotiations and had been considering walking away.

The two sides had been working on changes to the contract that would have protected New York if Correa’s prior ankle injury significantly limited his availability to play during the deal, but the Twins — Correa’s team in 2022 — emerged in recent days as a serious suitor.

Before talks with the Mets fell apart, the belief had been that the two sides were simply working through the reworked contract language and that the two-time All-Star would be a Met.

Adding to the belief that Correa would be a Met were on-the-record comments owner Steve Cohen made to The New York Post after the initial deal was reached, with Cohen saying that the Mets had “needed one more hitter” and that Correa “put them over the top.”

Before coming to terms with the Mets on Dec. 21 and eventually agreeing to sign with the Twins, Correa had initially agreed to a 13-year, $350 million deal with the San Francisco Giants. That deal — like the one with the Mets — hit a snag due to the Giants’ concerns with Correa’s physical.

With Correa now heading to the Twins, no other impact offensive players remaining on the free agent market, and Rafael Devers recently signing a massive contract extension with the Boston Red Sox, it’s unclear where the Mets will go from here with their offense still in need of the punch they hoped would be provided by Correa.