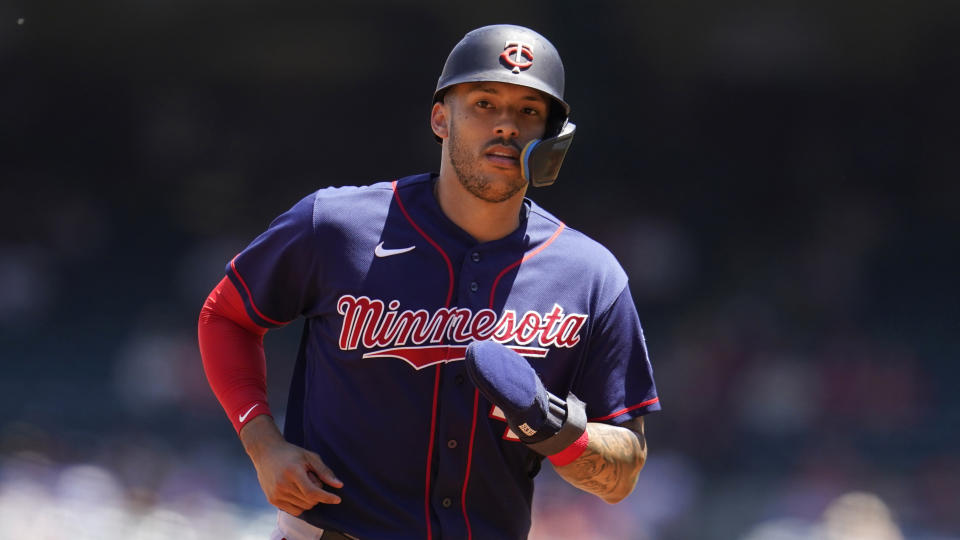 Carlos Correa has reportedly agreed to his third free-agent deal of the offseason, this one a six-year, $200 million pact to return to the Minnesota Twins. The star shortstop previously struck tentative agreements with the San Francisco Giants and New York Mets, only to see the deals stall out and then disintegrate over concerns that arose during his physical.

According to the Associated Press, the deal includes options for the 2029 through 2032 seasons, with each becoming guaranteed if Correa records 502 or more plate appearances the previous season. The vesting options could make the deal worth as much as $270 million over 10 seasons.

This deal, like the previous two, is pending a physical — a typically perfunctory hurdle that has turned into an existential threat in Correa’s case. While teams are barred from releasing a player’s medical information, reports have centered on a broken leg Correa suffered as a minor leaguer in 2014. He has never missed time due to the surgically repaired leg but made mention of the metal plate in it after he appeared shaken up following a hard slide in a September game.

Correa, a 28-year-old who entered the winter as one of the sport’s most prized free agents, agreed to a 13-year, $350 million deal with the Giants on Dec. 13. That fell apart with Correa already in town for an introductory news conference, and the Mets swooped in during the early morning hours of Dec. 21. Team owner Steve Cohen and agent Scott Boras reportedly negotiated a 12-year, $315 million pact while Cohen was vacationing in Hawaii.

With the Mets, Correa was expected to move to third base to play alongside fellow Puerto Rican superstar Francisco Lindor. But soon enough, the Mets also raised questions about Correa’s physical, and the deal remained in limbo through the holidays and into January. In Minnesota, Correa will reassume control of the shortstop position — and likely a major leadership role on a younger team.

The latest agreement slashes the term of the deal in half, perhaps allaying some of the concerns about durability that tripped up the Giants and Mets. (The Twins, of course, performed a physical on Correa less than a year ago when he joined them as a free agent in March 2022.) The $200 million guarantee gives him the highest annual salary of a ballyhooed shortstop class that included Trea Turner, Xander Bogaerts and