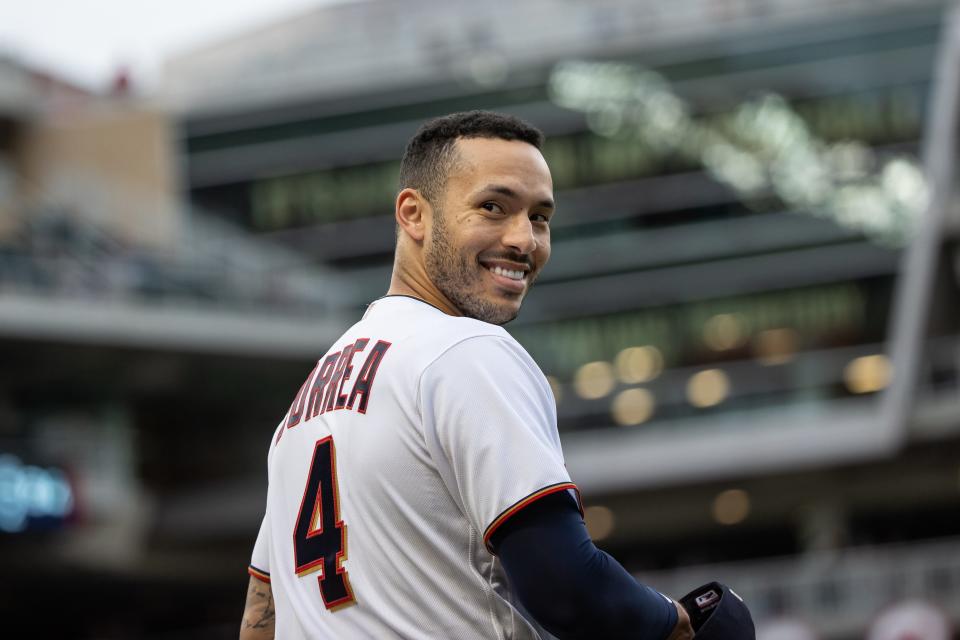 One franchise player took a $150 million haircut – but is still plenty rich.

Two clubs thought they had that guy on their roster – and now can only wait to see if their abundant caution was well-founded.

And in a division where franchises aren’t expected to punch above their weight, one team potentially doled out the largest free agent guarantee in the division’s history.

Carlos Correa’s six-year, $200 million agreement with the Minnesota Twins may be the most unprecedented free agency dalliance in major league history – and its ripples will impact two leagues for years.

Briefly a San Francisco Giant (for 13 years and $350 million) and stuck in New York Mets limbo over the course of two calendar years (for 12 years and $315 million) only to see those pacts evaporate due to concerns over an ankle injury, Correa, stunningly, finally, probably will return to the Twins, for whom he played in 2022.

His one year in Minnesota, for which he was paid $35.1 million, was supposed to be a “pillow contract.” Instead, Correa’s second trip through free agency turned into something of a nightmare.

Let’s try to unpack it all – with the long-term impacts for all affected parties:

Free agency is supposed to be a glorious time for elite players, and as a 27-year-old shortstop ready to hit the market in 2021, Correa was in the driver’s seat.

Instead, the former Houston Astros stalwart embarked on a two-year odyssey where a temporary home became permanent – but a record-setting payday passed him by.

Correa was a top-five MVP finisher, an AL champion, and seemingly in his physical prime when the Astros opted not to seriously compete for his services. No matter: Correa was inarguably the class of an elite shortstop group that was diminished by one when Francisco Lindor agreed to a 10-year, $341 million contract extension with the Mets.

On the open market, Correa was reasonably expected to top that. What happened?

Part of it was timing. Major League Baseball would lock out its players on Dec. 1, 2021, freezing transactions for 99 days and truncating both free agency and spring training. Hindsight would teach the class of 2021-22 that jumping at offers before the shutdown, and not waiting it out, was the move.

Corey Seager landed a 10-year, $325 million deal with the Texas Rangers two days before the deadline, during which…