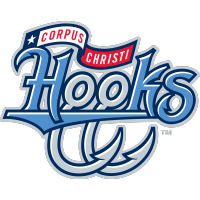 CORPUS CHRISTI – In tribute to their respective state championship campaigns, Kevin Carr and Albert Amaya from London and Sinton’s Adrian Alaniz will be saluted Thursday, January 26 at the South Texas Winter Baseball Banquet, presented by Whataburger.

Led by Carr and Amaya, London finished 2022 with a 26-13 record. The Pirates shook off a five-game losing streak to end the regular season by going 10-1 in the playoffs. London took two of three from district rival Bishop in the regional finals.

In the school’s second consecutive trip to the state baseball tournament, the Pirates edged Gunter, 4-1, in the semifinal before engineering a 16-13 come-from-behind victory over Brock for a wild state final showdown June 11 at Dell Diamond in Round Rock.

The Pirates rallied from a 4-0 hole in the first by scoring 11 unanswered runs to help secure the program’s first state title. Sophomore third baseman Blake Watters was named MVP after going 2-for-2 with two doubles, two sac flies and five RBIs. Watters finished the contest on the hill, striking out two over 2.0 scoreless innings to earn the save.

Carr and Amaya were assisted by Trey Salinas and John Harris.

With Alaniz – the MaxPreps national coach of the year – at the helm, Sinton posted a 36-1 record en route to the school’s fourth state title. The Pirates secured the championship with a 9-0 victory over Argyle at UT-Austin’s Disch Falk Field on June 9.

Juniors Jaquae Stewart and Blake Mitchell were named 4A all-state co-players of the year after posting season ERAs of 0.17 and 0.39, respectively. Senior catcher and shortstop Rylan Galvan, now a Texas Longhorn, earned All-South Texas MVP honors by the Corpus Christi Caller-Times, as he hit .440 with 43 runs, 22 extra-base hits, 43 RBIs…