Third time the charm for Carlos Correa? Who’s left if his Twins deal goes through? 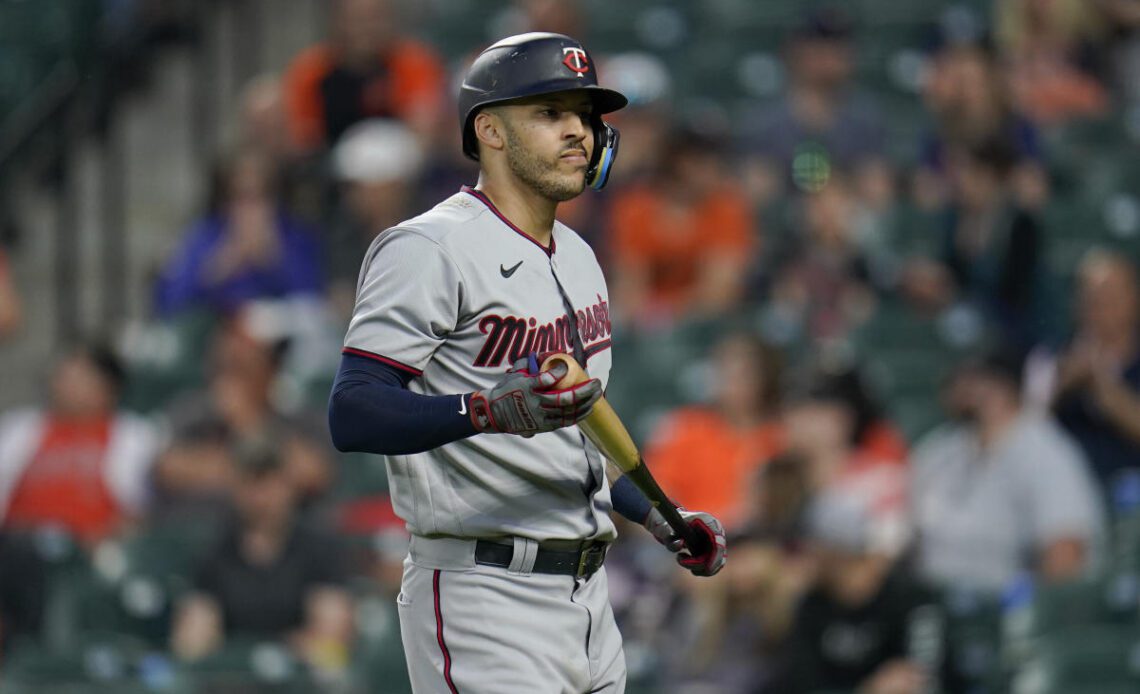 We’ve all been there: The restaurant with the book-sized menu. And worse: The one where everything seems appealing. In those moments, there’s nothing better than a decisive waiter, a guide who can lead you to the right page and then to the right choice. MLB’s upcoming offseason has a bevy of drool-worthy free-agent options, but not every great player fits every team’s needs or wants.

That’s why ranking players in one big list doesn’t make the most sense. You can’t really stack the sushi up against the pasta bolognese, no matter how hard you might try. So instead, we’re going to divide baseball’s best hot stove options into categories and then rank the players’ outlooks within those categories. As ever, when dealing with prognostications of future performance, this is an inherently subjective task, but I’ll do my best to explain why one shortstop or starting pitcher might be a better, safer or more promising target than the next. From there, you’re free to develop your own tastes.

The tiers are also ranked, in a way, starting with the bracket likely to merit the highest average annual salaries and descending to the lowest likely annual values.

You can follow along here all winter to track the latest signings and any other movement in the class.

(A few notes: Players are listed with their primary projected position and the age they will be in the 2023 season. All WAR figures, unless otherwise noted, use FanGraphs’ calculations. Those marked with an asterisk* will only become free agents pending contract option decisions.)

In belting 62 homers, posting the 2022 version of a Barry Bonds batting line and even playing a passable center field, Judge established a tantalizing new ceiling, proved crucial gains in durability and contact rate, and all around stuck it to a New York Yankees front office that seemed to think it had the face of the franchise cornered last spring. The very public $213.5 million extension offer — $30.5 million per year for seven years — won’t cut it now.

The newly crowned AL MVP doesn’t need to answer anything this winter, but the questions teams will ask have to do with the historical aging curve for sluggers who are super tall and/or over age 30. It’s a real issue to consider, but we can’t lump Judge in thoughtlessly. He has always been more athletic than most of the scary…