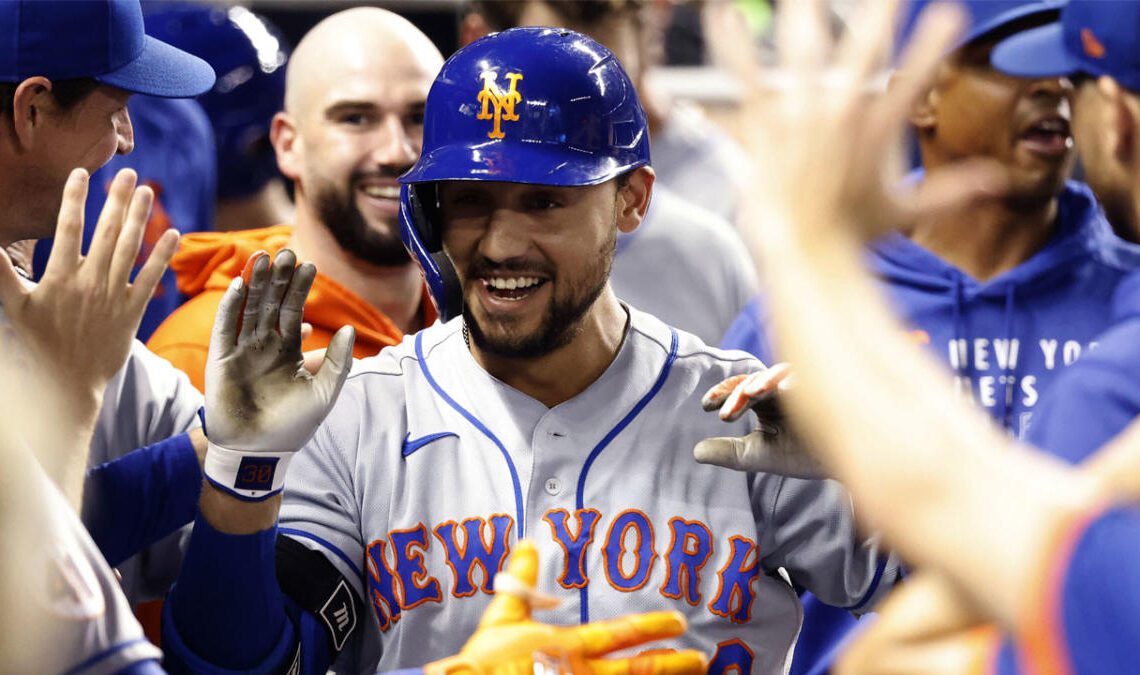 Michael Conforto is excited to join the Giants and is confident in the roster assembled after San Francisco’s busy offseason.

After Conforto’s two-year, $36 million contract with the Giants became official on Jan. 6, Conforto spoke to local media for the first time on a Zoom call Tuesday where he was asked about San Francisco’s revamped roster and if he believes the team can compete for a World Series title in 2023.

“I think so,” Conforto said. “I was talking about it in the training room, I really like it. I feel very confident about coming back and playing an important part for this team. I have a lot of confidence in the player that I have been and where I’m going as a player. I think we brought in a lot of guys who are great in the clubhouse, first and foremost.

One of the players Conforto is excited to play with is Mitch Haniger — who the Giants signed to a three-year, $43.5 million free-agent contract earlier this offseason — because of his potential.

“I’ve always been a fan of his, watching him swing, the things he can do offensively, defensively. He’s a leader as well,” Conforto explained.

Conforto missed the entire 2022 season after undergoing shoulder surgery in April to repair an injury he sustained last January. After signing with the Giants, the 29-year-old outfielder has continued his rehab at the Giants’ Papago Park Complex in Scottsdale, Arizona.

Conforto already has met some of his new teammates and is impressed with the team’s culture.

“I’m good buddies with J.D. Davis, I think he’s just starting to scratch the surface a little bit,” Conforto added. “I’ve gotten to know Logan Webb quite a bit. I just got to meet Brandon Crawford, Sean Manaea, the Rogers brothers. I just feel like there’s a lot of upside to this team and a lot of great personalities. I can already tell that there is a culture here, we expect to win.

“And again, I can’t stress how excited I am to be a part of it. I can’t wait to see it all come together here in a few weeks.”

RELATED: Why Belt’s dozen years with Giants should be remembered fondly

Conforto added that his rehab is going well and anticipates being healthy enough to play the field in spring training and hopes to be 100 percent by Opening Day.