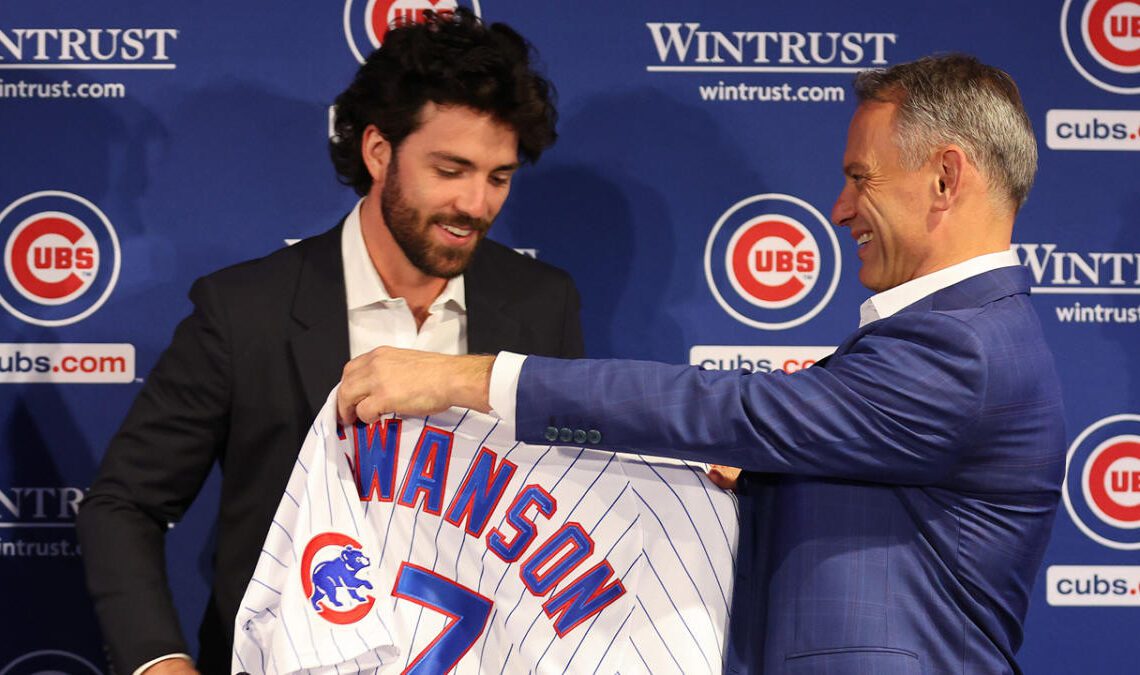 The Cubs Convention is back this weekend at Sheraton Grand Chicago following a two-year hiatus, with fans yearning for the return of baseball getting their first peak at a new-look Cubs roster hoping to return to contention.

The three-day convention officially kicks off early Friday evening with the opening ceremony in the Main Sheraton Ballroom at 6 p.m., giving fans their first look at the team’s high-profile offseason acquisitions in a Cubs uniform.

Longtime former Cub pitcher Ryan Dempster then takes over the ballroom just a half hour later to host the late-night style talk show “Off the Mound“, featuring interviews and stories with baseball stars past and present.

The Main Sheraton Ballroom will host the convention’s primary events each day, with panels led by both the front office and players dominating much of the Saturday schedule.

Shortly after the Ricketts family holds a session with fans, Cubs President Jed Hoyer and General Manager Carter Hawkins will lead a 45-minute panel framed as a “baseball operations update.” Panel events will continue throughout the day on Saturday in the Main Sheraton Ballroom, with separate events hosted by the coaching staff, pitching staff and business operations team.

Kids attending the convention will also get a chance to directly ask some Cubs their top questions, with Adbert Alzolay, Brad Boxberger, Brandon Hughes, Christopher Morel, Justin Steele and Patrick Wisdom all hosting a kids only press conference Saturday afternoon.

After Cubs prospects get the spotlight in the Main Sheraton Ballroom to close the afternoon, a three-hour Cubs Bingo game will commence at 7 p.m., followed by Harry Carayoke at the Sheraton Lobby from 10 to 11 p.m. on Saturday evening.

A youth baseball clinic with Cubs players, coaches and alumni is also scheduled for Sunday morning in the Main Sheraton Ballroom, although registration is currently closed for the event.