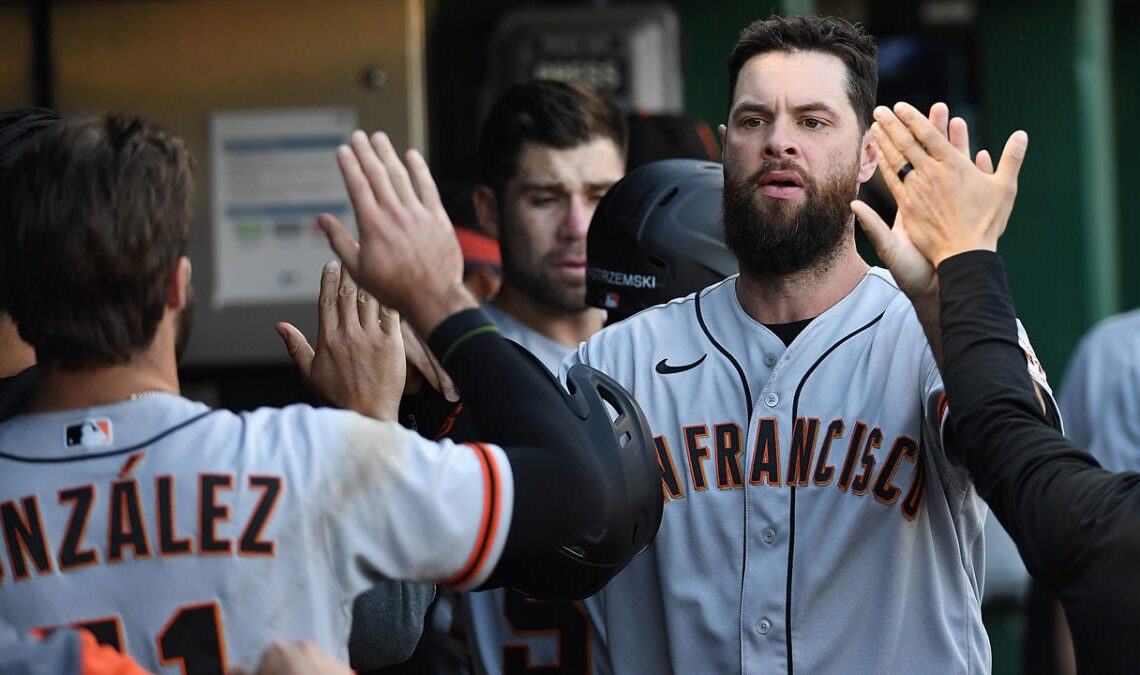 Brandon Belt ventured into MLB free agency this offseason, uncertain about what the future held for him.

Coming off knee surgery in September that ultimately ended his final season with the Giants, Belt was feeling like himself all winter. But he had to wait until the dust had settled on the MLB hot stove before he would find a new home.

Belt agreed to terms on a one-year contract with the Blue Jays on Monday night and the deal became official Wednesday, with the 12-year MLB veteran meeting with Toronto media.

While the Blue Jays won the bidding for Belt with a reported $9.3 million contract, he revealed that he was deciding between three or four teams at the end. While it’s unclear if the Giants were in contention to bring him back, The San Francisco Chronicle’s Susan Slusser reported Monday night that San Francisco had been in communication with the Belt.

In the end, Belt chose a spot where he has been told he will play every day, serving as the Blue Jays’ primary designated hitter while spelling AL MVP candidate Vladimir Guerrero Jr. at first base from time to time.

“We felt like this was the best situation and best baseball decision for us,” Belt told reporters on a video conference call (H/T MLB.com’s Keegan Matheson). “When I thought about the teams I had to choose from, I just got really excited about the thought of going to play for Toronto. It’s a great roster, a great, young group of guys, and they were a good baseball team last year that got better this offseason. That’s what gets me excited about playing baseball next year.”

Belt’s time with the Giants should be remembered fondly, but injuries cost him significant time and kept him from reaching his full potential as a middle-of-the-order bat.

After a breakout 2021 season in which he hit a career-high 29 homers in 97 games, Belt hit just eight in 78 games last season. The September surgery raises questions about whether he would be able to continue playing.

But several months removed from the procedure, Belt is confident he can return to the level he reached two years ago.

“I’m so optimistic about this year,” Belt said (H/T MLB.com’s Keegan Matheson). “I feel great. There should be no excuses for me; I’ll say it right now. I feel like I’m going to be who I was in 2020 and ’21. If it doesn’t end up like that, it’s not because of something…