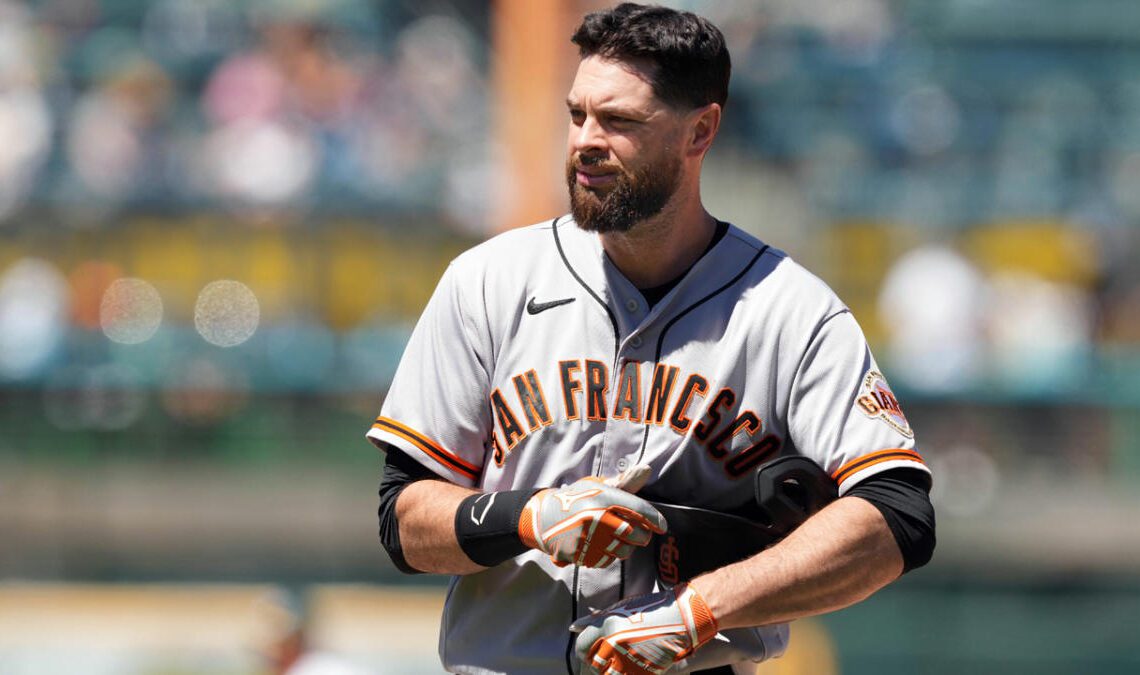 It’s the end of an era for Giants baseball.

Brandon Belt’s 12-year tenure in the Bay officially came to an end Tuesday when the Blue Jays announced they agreed to a one-year contract with the first baseman. The deal reportedly is worth $9.3 million.

As difficult as it was for some Giants fans to fathom, Belt’s wife Haylee was just as emotional.

Belt previously was unsure about the future of his MLB career just a few months ago due to knee surgery in September, but The Captain is feeling good heading into the 2023 season.

San Francisco selected Belt in the fifth round of the 2009 MLB Draft out of the University of Texas. He helped the Giants win the World Series in 2012 and 2014, and hit one of the most unforgettable home runs in franchise history against the Washington Nationals in the 2014 NLDS.

Belt played more than 1,300 games for the Giants, but injuries got the best of him and forced him to miss significant time. And his final season in the Bay was cut short by knee surgery.

Over his 12 seasons in orange and black, Belt posted a .356 on-base percentage with an OPS+ that put him 23 percent above the league average.

His departure leaves Brandon Crawford as the only player left on the current roster from the 2012 and 2014 championship teams. It’s bittersweet, and all the great times Belt was a part of are now just memories.

But it will always be nothing but love for the Forever Giant.