Carlos Correa happy to return to Twins after Mets, Giants deals fall through: ‘My heart was here’ 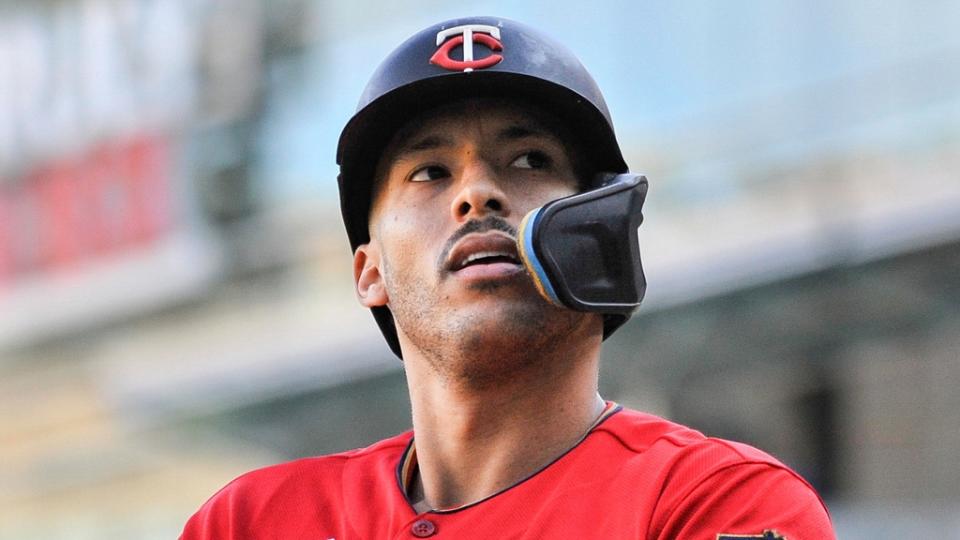 Carlos Correa was officially re-introduced as a member of the Minnesota Twins on Wednesday, following agreed-upon contracts with the Mets and San Francisco Giants falling through due to medical concerns.

The 28-year-old shortstop previously agreed to a 13-year deal worth $350 million with the Giants and a 12-year, $315 million deal with the Mets. Concerns over Correa’s surgically repaired right ankle ultimately threw a wrench into both situations, leading Correa to sign a shorter six-year, $200 million deal with the Twins. That contract contains four option years at the end that could vest depending on Correa’s plate appearance numbers.

Despite previously agreeing to deals with two other clubs, Correa said on Wednesday that he and his family are very happy to be back in Minnesota, saying “my heart was here.”

“It was a lot of challenges thrown at us throughout the whole process, but at the end of the day (agent Scott Boras) got me to a place where I’m happy, where I feel right at home, where I feel like I’m going to have a chance to win every single year, where we have a really good core of players,” Correa said. “I’m happy to be here in Minnesota. I’m happy to be a Twin.

“We started something special last year and there is some more work to be done. At the end of the day, I want to bring a championship back to this city, and that’s what we’re going to work for, for now on.”

The hold-up in Correa’s deals with the Giants and the Mets came down to the status of his right ankle, which was surgically repaired in 2014 before Correa reached the major leagues. Correa said on Wednesday that he’s never missed a game because of that ankle, and Boras stressed the importance of the Twins having a full season in 2022 to evaluate him.

According to Boras, Twins team doctor Christopher Camp being able to evaluate Correa multiple times over the last year give the organization a better outlook into Correa’s long-term health than other clubs may have had.

“I think having that base, it gave [Twins executive vice president and chief baseball officer Derek Falvey] and I a very sound foundation to work from,” Boras said. “It gave us a clarity that most organizations did not enjoy, where they did not have the information and the depth of understanding of who…