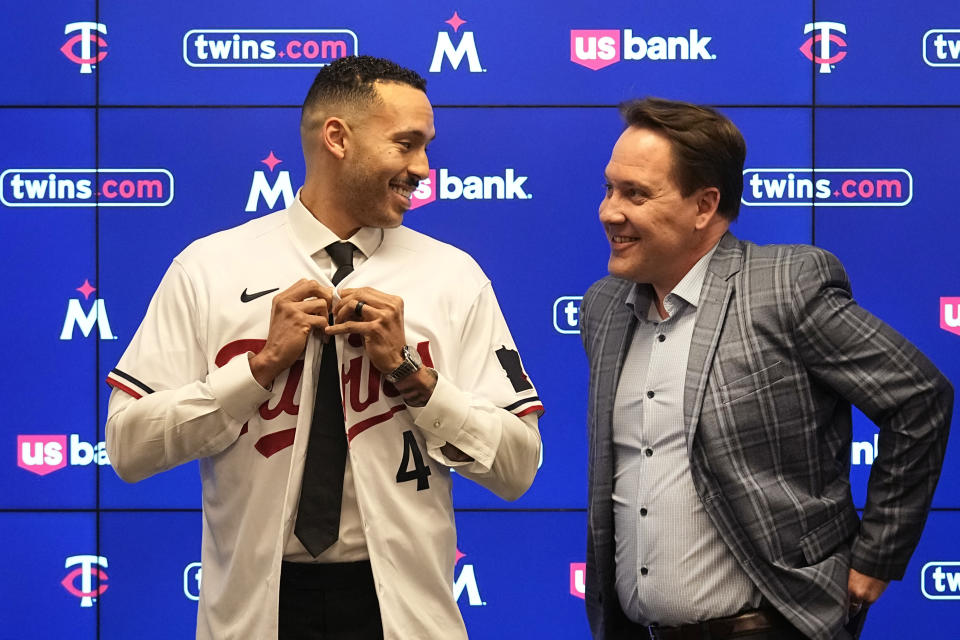 The Minnesota Twins tried to not make the news conference announcing the biggest free-agent signing in franchise history about how the player at the center of it all had already agreed to play for two other teams this offseason. But it came up.

Carlos Correa had been a Twin (after seven years with the Houston Astros) for a minute, and then he was a free agent whom the Twins desperately wanted to bring back. Over the course of a single season, they’d fallen in love with the player and person and spoken openly of that adoration. When Correa was in Minnesota, that feeling certainly seemed mutual; but money, of course, can make a lot of places seem appealing.

Which is how Correa ended up agreeing to terms with the San Francisco Giants, who planned to pay him $350 million over 10 years. But to the Twins — and to the story that would be told when all was said and done — the team and even the terms weren’t the important part.

“I remember calling him late that night and wishing him so well,” Twins president of baseball operations Derek Falvey said Wednesday at the news conference. “It was an emotional conversation. It was a heartfelt conversation on both sides. And the thing that I took away from that conversation was how much of his heart was here, how much of him he invested in this organization, how much he cared about us as a group.”

To a cynic, that might reek of revisionist history and bad bologna, but here’s the cold, hard truth: After failing physicals with the Giants and the New York Mets, Correa — whose leg has not yet turned to dust and, indeed, seems plenty stable, at least for the time being — was going to play for one of the other 28 teams at the end of a very strange, public and potentially ignominious saga. In Minnesota, at least, both sides can celebrate it like a homecoming.

When he entered free agency last winter with a 127 career OPS+, a Rookie of the Year award, a couple of All-Star appearances, a gold glove and a platinum glove (to say nothing of his World Series ring, which is perhaps for the best), Correa was presumed to be seeking the sort of $300-plus million deal that effectively anoints a superstar. That would’ve seemed to preclude his going to the Twins.

And yet, as Correa’s agent, Scott Boras, pointed out…