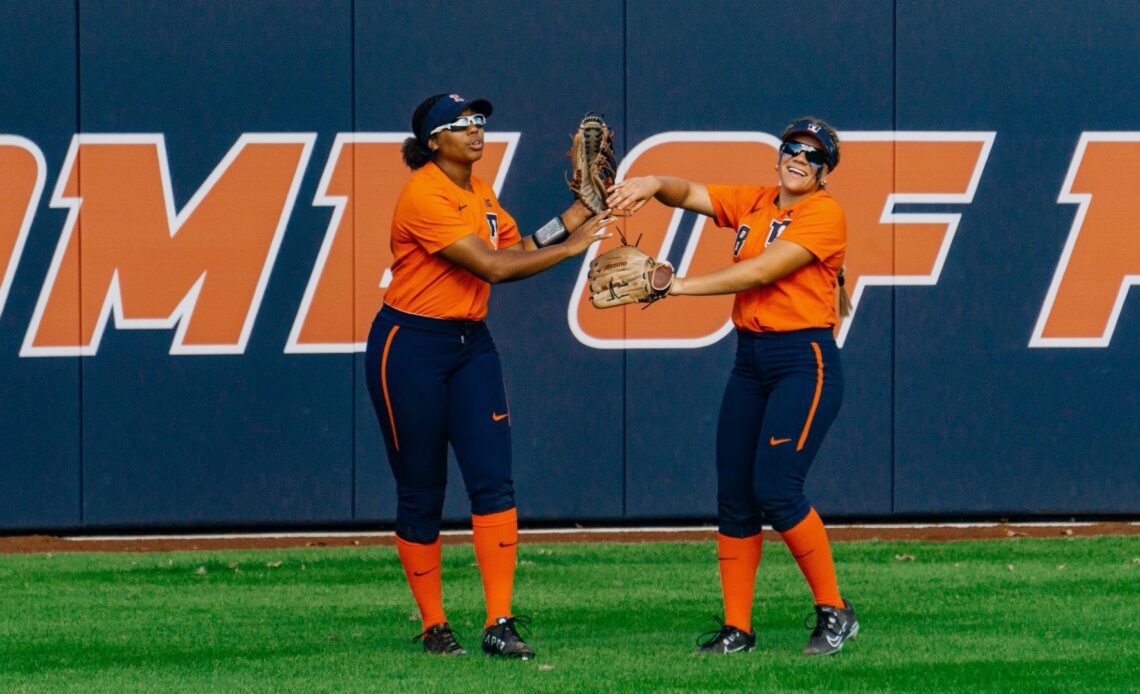 CHAMPAIGN, ILL. – Illinois softball announced its 2023 schedule on Wednesday afternoon. The Fighting Illini will play 20 games at Eichelberger Field and the Orange and Blue’s home field will also serve as the host site of this year’s Big Ten Tournament.

The spring slate features 12 opponents from last year’s NCAA Tournament including two games against Women’s College World Series participants Northwestern and one tilt against the WCWS runner up, Texas.

The Fighting Illini’s season will begin at the NFCA Leadoff Classic from Feb. 10-12 in Clearwater, Fla. The Orange and Blue will take on Southern, Tennessee, Fordham, Texas and Auburn at the three-day event. Head coach Tyra Perry will go head-to-head with her sister, Brittney Williams, in the first game of the season when the Illini play Southern. The following four contests feature teams that made postseason appearances a season ago.

Illinois will head to Atlanta for the ACC/B1G Challenge from Feb. 17-19. The Illini will battle Georgia Tech and Louisville during the three-day event.

A trip to the Lone Star State awaits the Orange and Blue as the Illini squad gets ready for five games in the span of three days. The tournament, taking place from Feb. 24-26 at Houston, features three teams from Texas, Sam Houston, Houston Christian and the host Cougars, as well as ACC foe, Pitt.

The Orange and Blue remain on the road for a tournament at South Carolina from March 3-5. The Illini will face off against North Carolina A&T, UNCW, Columbia and the host Gamecocks the three-day affair. The tournament marks the second-straight season the team has embarked on journey to South Carolina as the team took part in the Tiger Invitational hosted by Clemson last year.

The Fighting Illini will make their return to the Sunshine State for a tournament at South Florida from March 10-12. Illinois will battle Florida Gulf Coast, Saint Francis (Pa.) Marist, and the host Bulls during its final non-conference tournament. Both SFU and USF made the NCAA postseason last year.

The Braggin’ Rights Challenge will take place in Columbia, Mo., as the Illini will battle with Mizzou in a doubleheader on March 14.