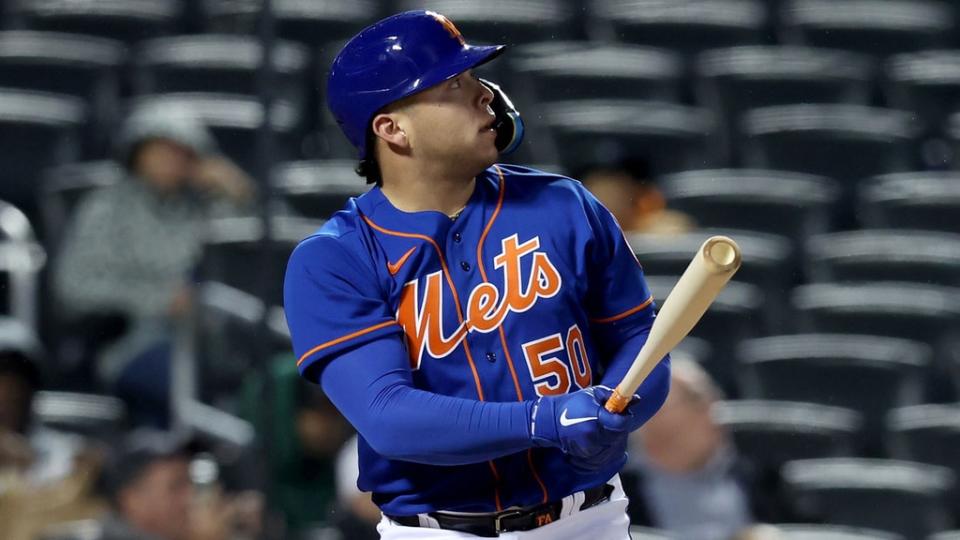 There is uncertainty swirling around whether Mets prospect Francisco Alvarez will be on the major league roster from the jump in 2023, but Alvarez does not have any doubts.

Alvarez told Venezuelan journalist César Sequera Ramos that he was “100 percent” sure he would be on the big league roster on Opening day.

Alvarez got a brief taste of the majors late last season, showcasing his immense power during the Mets’ final regular season series. He was also on the postseason roster for New York’s Wild Card Series against the San Diego Padres, though he didn’t start any playoff games.

While Alvarez’s offense is not in question (he slashed .260/.374/.511 with 27 homers and 22 doubles in 112 games last season between Double-A Binghamton and Triple-A Syracuse), there are those who believe he needs to refine his defense a bit more before being ready to catch regularly in the majors.

“My defense is ready for the major leagues,” Alvarez said. “What the Mets asked me to do was improve my English so I could communicate with the entire pitching staff.”

Alvarez added that he’s been talking to Yadier Molina and Robinson Chirinos about catching, and expects to soon chat with Jose Molina.

“I had questions about catching for a long time,” Alvarez said. “Asking Molina I have taken advantage of getting answers. A lot of those questions were about game management and working with a pitching staff.”

The Mets signed catcher Omar Narvaez earlier this offseason to a two-year deal worth $15 million, though 2024 is a player option. Shortly after signing Narvaez, New York traded James McCann to the Baltimore Orioles.

Along with Narvaez, the Mets have catcher Tomas Nido on the 40-man roster.

New York could carry three catchers or possibly use Alvarez as their primary DH. But it would seem unwise to carry Alvarez on the big league roster if the intention isn’t to have him catching (and continuing to develop behind the plate) a good deal of…