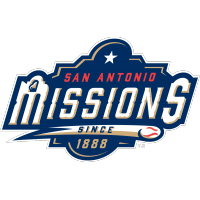 SAN ANTONIO – The San Antonio Missions, in accordance with the San Diego Padres, have announced their field staff for the 2023 season. Former Major League catcher, Luke Montz, will serve as the manager of the Missions. Former Pittsburgh Pirates pitching coach, Jeff Andrews, will take on that role in San Antonio. Pat O’Sullivan will serve as the team’s hitting coach with former Missions player, Felipe Blanco, filling the role of bench coach. David Bryan will be the club’s athletic trainer.

“We are thrilled to welcome Luke Montz to the Padres organization as Manager of the Missions,” said Director of Player Development Ryley Westman. “He will be instrumental in the growth and development of our players and the coaching staff. The Missions are a pillar of the San Antonio community, and we look forward to a successful 2023 season, both on and off the field.”

Montz, 39, enters his fourth season as a minor league manager. This marks his first season in the Padres organization after previously spending the last four years in the Boston Red Sox organization. Montz previously managed Single-A Salem from 2021-2022 and served as the manager for Short-Season Lowell in 2019. The Louisiana native led Salem to a 71-49 record during the 2021 campaign. Montz also served as a coaching assistant with Double-A Portland during the 2018 season.

Prior to his coaching career, Montz spent 13 seasons as a catcher within five different organizations (Montreal/Washington, New York (NL), Florida/Miami, Oakland and Boston). He was drafted by Montreal in the 17th round of the 2003 draft out of Hill College and appeared in over one thousand games during his professional career. He made his major league debut in 2008 with the Washington Nationals and appeared in 10 games that season. Montz also played 13 games for the Oakland Athletics during the 2013 season.

“The Missions have had a long history of stellar managers here in the Alamo City,” said Missions President Burl Yarbrough. We are excited for Luke to join the Missions and lead the next crop of future big leaguers.”