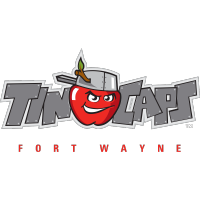 Mathews, 50, served as Fort Wayne’s hitting coach from 2018-21. He joined San Diego’s organization in 2017 as a member of the major league coaching staff. Last year he was the hitting coach for the Triple-A El Paso Chihuahuas, who won the Pacific Coast League’s East Division.

“I truly enjoyed the three seasons I previously spent with the TinCaps,” Mathews said. “As a Midwesterner, I’m very excited to call Parkview Field home again. Obviously Mike Nutter and company run a first-class operation. I can’t wait to work with the rest of our staff as we look to develop future Padres and provide an entertaining team that fans in Fort Wayne can be proud of.”

The Centerville, Iowa, native played collegiately at Indian Hills Community College (Iowa) and the University of New Orleans. A left-handed batter and thrower, he was selected by the Colorado Rockies in the 1994 MLB Draft. After a season as a first baseman in Colorado’s minor league system, Mathews transitioned to coaching at the University of Iowa and with the Minnesota Twins’ organization. In 1997, he was the hitting coach for the High-A Fort Myers Miracle, whose lineup included future Hall of Famer David Ortiz and future MLB All-StarA.J. Pierzynski. Mathews managed the rookie-level Elizabethton Twins in 1998 and ’99. He then returned home to coach at Indian Hills, where he also taught economics, from 1999-2012 before jumping back into professional baseball. Mathews coached in the Baltimore Orioles’ farm system in 2013 and for the next three years in the Arizona Diamondbacks’ system.

Mathews has followed in the footsteps of his father, Rick, a longtime baseball coach and scout who works for the Rockies. Now Jonathan’s own kids, twins Claire and Merrick, are also following their dad. They’re sophomores at Indian Hills, playing softball and baseball, respectively. The Mathews family continues…