The Red Sox have a plan, but it risks leading to irrelevance 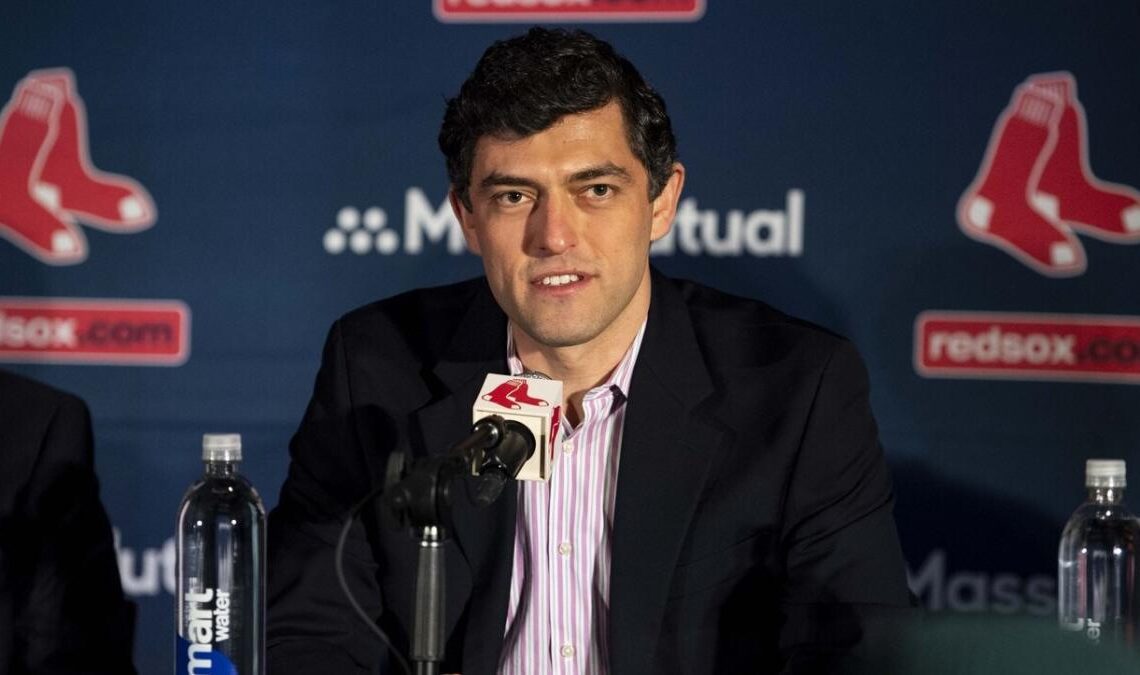 Tomase: Red Sox have a plan, but it risks leading to irrelevance originally appeared on NBC Sports Boston

The Red Sox introduced the newly rich Rafael Devers at Fenway Park on Wednesday and tried their damnedest to sell it as a celebration.

Every intern in the building paraded up to the State Steet Pavilion intent on winning the award for biggest smile. Eternally upbeat CEO Sam Kennedy played the role of enthusiastic hype man on this “great” and “historic” day. Video screens featured Devers’ photo and the names of every coach, scout, and trainer who helped develop him.

Chief baseball officer Chaim Bloom implored fans to stick with the team and presented Devers as proof that a turnaround loomed. “I want to be clear that we’re going to do this and it’s going to be awesome,” he gushed.

Try as they might, the entire affair felt like the first Christmas without grandma. We want to be merry, but her chair’s empty and our hearts just aren’t in it.

Celebrating anything Red Sox-related at the moment is a challenge. Not even a day before introducing Devers, Bloom revealed that presumed starting shortstop Trevor Story would miss some or all of the upcoming season after undergoing not-quite Tommy John surgery. His loss came on the heels of watching franchise icon Xander Bogaerts depart in free agency with no replacement in sight.

Coming off a last-place finish, the Red Sox will probably be worse in 2023, and the fans know it, which is why principal owner John Henry found himself on the receiving end of boos during the NHL Winter Classic.

So in that context, Devers’s 10-year, $331 million extension felt like not nearly enough. If the morning was notable for anything, it wasn’t Devers revealing the thought process behind signing (hint: $331 million), but the presence of owner Tom Werner on the dais, looking a tad rumpled and glum.

Besides the effervescent Kennedy, we haven’t heard from ownership in ages. Henry was noticeably absent because of a scheduling conflict, conveniently extending his streak without a press conference to nearly three years, which left Werner to answer the questions we’ve wanted to ask someone in power for months.

Why does the team look worse now than three years ago? Is Chaim Bloom the right man to run baseball operations? Why’d you let Bogaerts leave? But most important of all — what is the plan?

When Bloom arrived in 2019 and traded former MVP Mookie Betts, some…