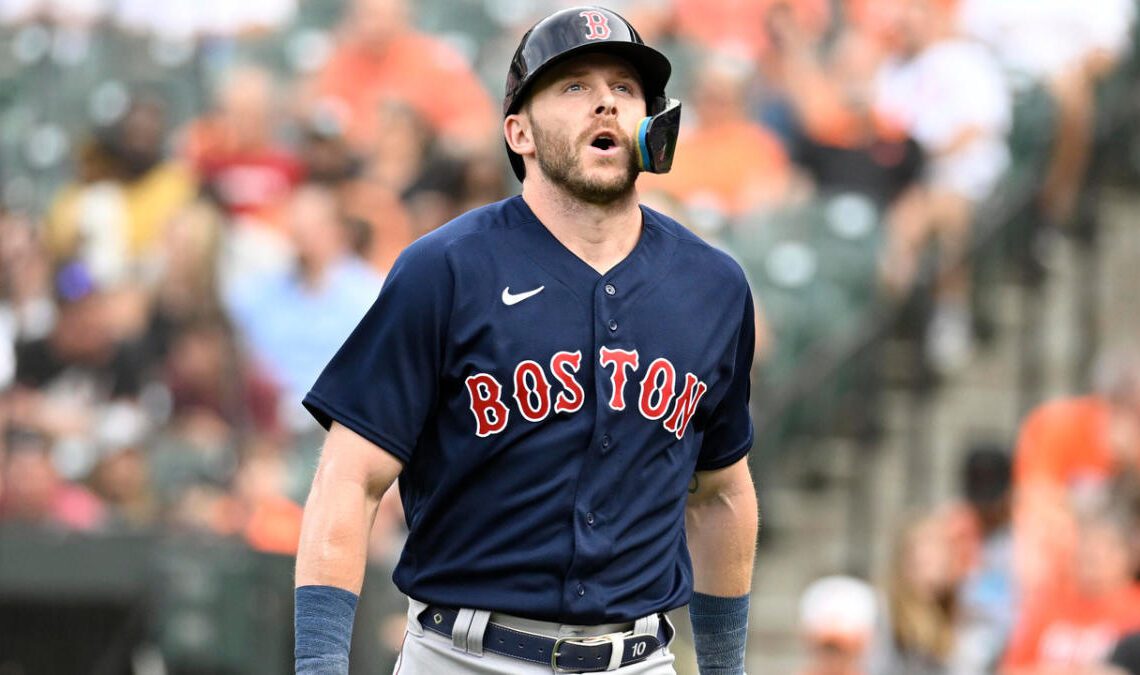 The you’ve-gotta-be-bleeping-me moment came early in Chaim Bloom’s media teleconference on Tuesday. All we knew for sure was that Trevor Story had undergone elbow surgery that didn’t involve the names Tommy or John. Rapid Googling suggested he might be sidelined anywhere from four to six months.

But it couldn’t actually be that bad, could it?

“I certainly would not rule out a return sometime during 2023, but it’s also not something at this stage that we want to bank on,” Bloom said.

When the best you can suggest about reactivating a player is, “Maybe this year, shrug emoji?” it’s fair to say the situation is unfolding sub-optimally. Put another way: Welcome to this endless Red Sox winter. You do not get nice things.

Could Marlins’ reported signing set up a trade with Red Sox?

With a better roster, the Story news would be unwelcome, but not devastating. He hit .238 in only 94 games last year. I happen to think he made more of an impact than those numbers suggest, but that’s still production the Red Sox should be able to replace while he recovers from the bracing procedure that will reinforce his right ulnar collateral ligament instead of completely rebuilding it.

Except the Red Sox were counting on Story to offset the losses that really devastated the offense, chief among them double play partner Xander Bogaerts. Most of us suspected the day Story signed last spring and agreed to shift to second base that his stay would be temporary, so widely was he regarded as shortstop insurance.

When Bogaerts took his Silver Slugger and two World Series rings to San Diego for $280 million last month, Story seemed like the logical replacement, given his own All-Star pedigree in Colorado.

It was ominous, then, to hear the Red Sox refuse to commit to him, saying they liked his defense at second base (which was tremendous, in fairness) and adding that they wanted to keep their options open. Even with shifts banned and second-base range mattering again, no one would prioritize second over shortstop, all else being equal.

The issue was Story’s arm. The velocity on his throws dropped significantly in 2021, ranking towards the bottom of all shortstops. And though he exhibited tremendous range and hands in his Red Sox debut, he didn’t exactly possess a Howitzer. It just so happens that he mostly didn’t need one to throw out guys from short right field.