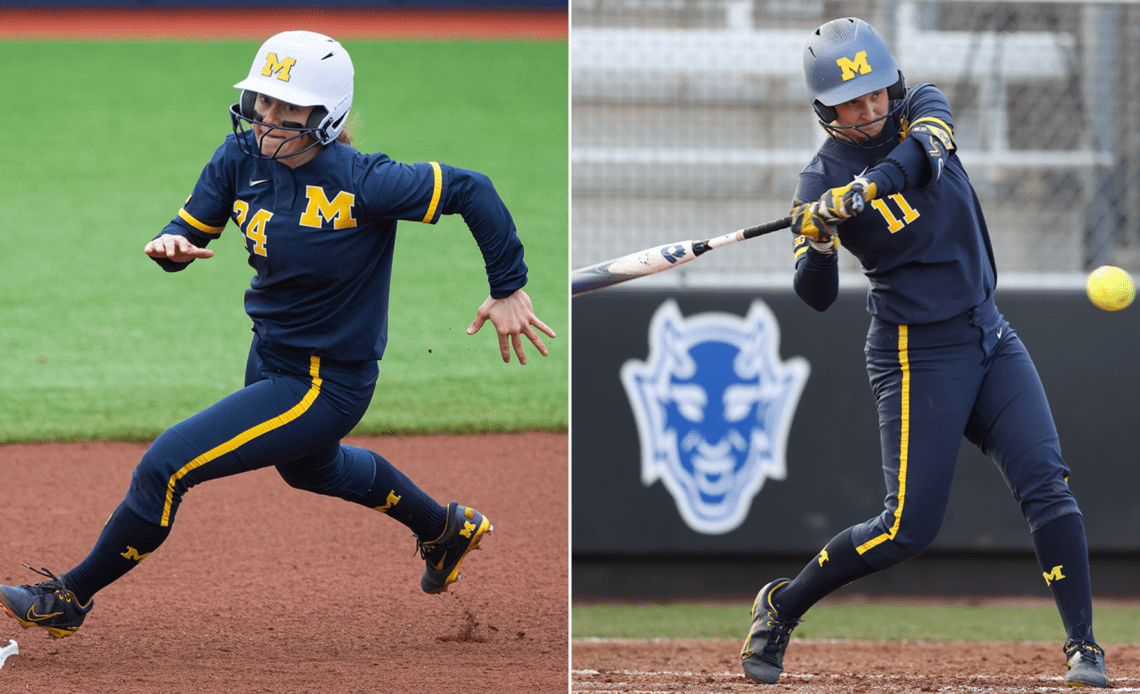 “I am thrilled and eager to see how Melina and Lexi’s leadership impacts the success of Team 46,” said Tholl. “What makes them such outstanding captains is that they understand their role of serving this tradition-rich program and accepting the responsibility of guiding our culture. They are tremendous representatives of their teammates and Michigan softball.”

Livingston, a movement science masters student, joined the Maize and Blue as a graduate transfer last season and earned All-Big Ten second-team honors at second base, batting .284 with 11 extra-base hits, 25 runs scored and 27 runs batted in. She especially shined during the Big Ten season, delivering clutch performances in wins against Northwestern, Penn State, Minnesota and Wisconsin.

Voss is a three-year veteran in the Wolverine outfield, appearing in 60 games — with 30 starts — mostly in rightfield. She is a biopsychology, cognition & neuroscience major and owns a career .228 batting average with 13 runs scored and nine RBI and a perfect 1.000 fielding percentage.

Both have earned multiple Academic All-Big Ten accolades and were named Easton/NFCA All-America Scholar-Athletes last season; they are both first-year team captains for the Wolverines.

Michigan will kick off its 2023 campaign with a road game at USF on Thursday, Feb. 9, in Tampa, Fla., before traveling north to Leesburg, Fla., for four games at The Spring Games on Saturday and Sunday, Fe. 10-12, at the Sleepy Hollow Sports Complex.