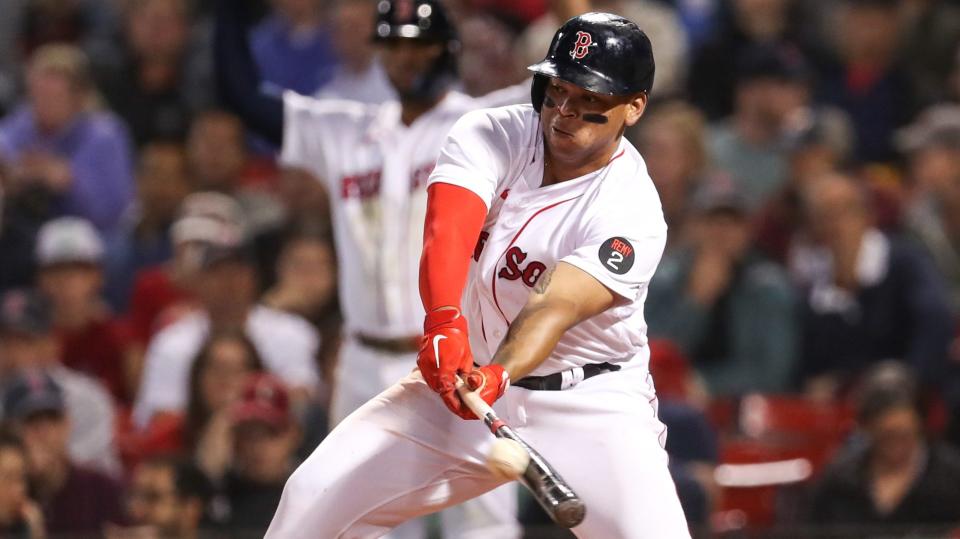 BOSTON — Rafael Devers has $75 million in deferred salaries in his new contract with the Boston Red Sox, who committed $331 million over 11 seasons to the third baseman but will not fully pay the money until 2043.

Devers’ long-term deal includes a $20 million signing bonus, of which $5 million is payable each February from 2023-26.

In each season of the long-term deal, $7.5 million will be deferred. The money will be payable 10 years after the season in which is is earned, half on Feb. 1 and half on Nov. 30.

Devers would receive a $2 million assignment bonus if traded, payable by the receiving team.

Boston hopes to bounce back after finishing last in the AL East at 78-84. The Red Sox won 92 games in 2021 and reached the AL Championship Series.

Last week, the Red Sox agreed to a two-year, $21.7 million contract with third baseman Justin Turner. His deal includes a $8.3 million salary this year and a $13.4 million player option for 2024 with a $6.7 million buyout. Turner can earn an additional $1 million in performance bonuses this year based on plate appearances: $200,000 for 480 plate appearances and each additional 20 through 560.