Could Jarren Duran actually be the answer for Red Sox in center field? 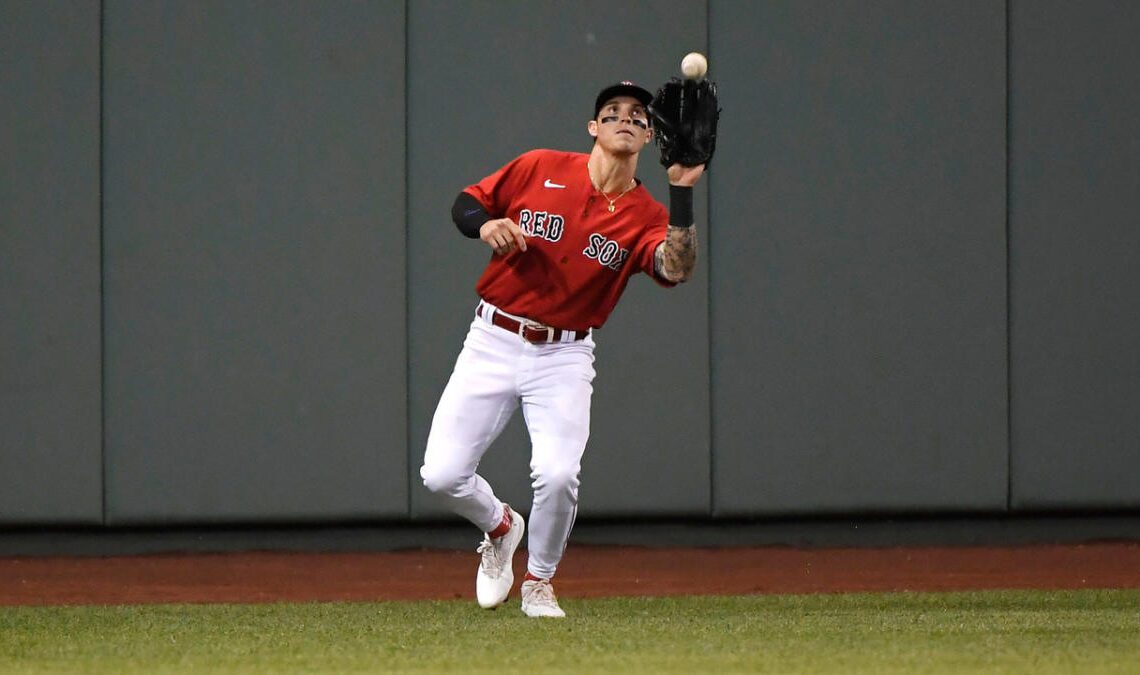 Tomase: Can Jarren Duran be the solution for Red Sox in center field? originally appeared on NBC Sports Boston

Remember Jarren Duran? He might yet play a starting role for the Red Sox.

The athletic young outfielder has plenty of tools, but they haven’t translated to big-league success. Blessed with tremendous speed and raw power, Duran has struggled to hit in various stints with the Red Sox, but desperation is becoming his ally.

With Xander Bogaerts gone, Trevor Story injured, and the Red Sox in need of middle infielders, Kiké Hernández could end up plugging one of those holes. That would create an opening in center field, and it turns out there are precious few players in the organization who are ready to step in and play it.

The Red Sox prefer Alex Verdugo in right field, and bat-first Japanese import Masataka Yoshida is considered a left fielder at best. With prospect Ceddanne Rafaela in need of more seasoning, Duran could get another shot this spring.

“We haven’t talked about Jarren for a while,” said manager Alex Cora. “And where we’re at, in this situation, it would be good for him to step up and play good baseball and be the player that we envisioned a few years ago.”

Once a top prospect, Duran stormed to the big leagues in 2021, where he was quickly overmatched, hitting .215 with a .578 OPS. He opened last year in Triple-A and worked his way back to Boston in June, where he appeared ready to claim the leadoff job with a strong two weeks.

But like the team as a whole, he was exposed by the AL East, beginning with a July series against the Yankees that saw him go 0 for 12 with seven strikeouts. He also struggled to track balls in center and finished with a .221 average and .645 OPS, modest improvements on 2021, but still disappointing. He appeared in only one game in September.

Making matters worse, he displayed questionable maturity, particularly during a blowout loss to the Blue Jays when he failed to chase an inside-the-park grand slam that he had lost in the lights. The image of Duran bowing his head and sauntering across the outfield as Verdugo raced over from left field in a vain attempt to catch Raimel Tapia at home was damning.

That might’ve been it for Duran, except this brutal offseason has given him a reprieve. While the Red Sox made considerable improvements to their bullpen, they’ve been largely unable to bolster their lineup, swapping Bogaerts and All-Star DH J.D….