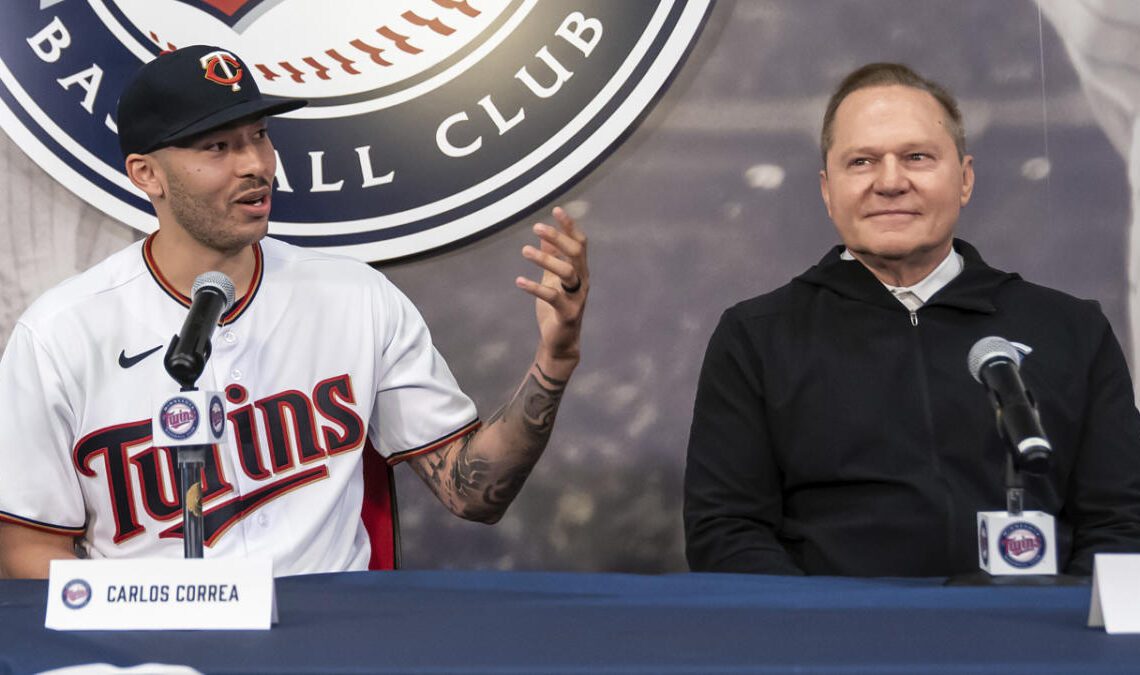 Now that Carlos Correa has signed with the Minnesota Twins, details of the superstar’s befuddling free-agency saga are coming to light.

And his agent, Scott Boras, isn’t over the moon about how everything went down.

Before the Giants and New York Mets pulled the plug on their respective decade-plus Correa deals, the two teams brought concerns about the shortstop’s surgically-repaired right ankle to the same doctor, Boras revealed Wednesday.

The agent described the overall experience with both teams as “frustrating” (h/t Betsy Helfand, Pioneer Press).

“Ironically, the same expert in San Francisco, which allowed the Mets to negotiate — guess who the Mets called because their doctor was a surgeon?” Boras said. “Guess who the Mets called for an opinion about Carlos’ ankle? The very doctor that the Giants had called. So consequently, two teams, same doctor and yet the owner of the Mets didn’t know that. You have to have individual opinions.

“How about [Twins medical director Dr. Chris Camp]? How about three or four other doctors … [sports medicine specialist Dr. Neal ElAttrache]? How about them? They have an independent [opinion], separate and apart from this doctor that they don’t agree with, but the teams would not — they would not accept those judgments, and here we go.”

Correa said Wednesday he was shocked when both San Francisco and New York brought up concerns about his ankle, which he injured in 2014 as a minor leaguer sliding into third base. He revealed he took three physicals in 2022 — a full physical with Dr. ElAttrache, a Twins physical before signing his last contract with the team and an exit physical with Dr. Camp again after the season, all of which he said produced a clean bill of health.

Boras believes there was a disconnect between doctors like Dr. ElAttrache and Dr. Camp, who he argued have seen and documented Correa’s on-field mobility firsthand, versus a specialist looking at an MRI. When the Giants first brought up their concerns, the agent consulted four expert orthopedists for the opinions on Correa’s ankle.

“They looked at this and said, ‘No, this player has been functional for eight years,’ ” Boras said. “As to how long he will continue to be able to play is an absolute medical uncertainty, absolute. There’s nothing, nobody that can say, and they all admit it one way or another — they all admit it, but they all say…