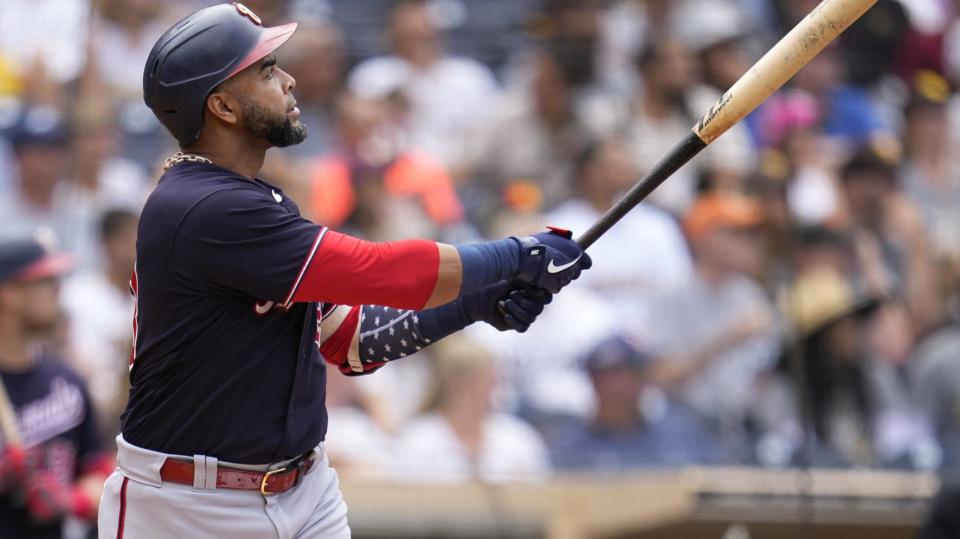 SAN DIEGO — Longtime slugger Nelson Cruz agreed to a one-year, $1 million contract with the San Diego Padres, according to two people with knowledge of the deal.

The people spoke with The Associated Press on condition of anonymity because the contract is pending a physical and had not been completed.

The right-handed-hitting Cruz, who turns 43 on July 1, is expected to platoon at DH with 37-year-old lefty hitter Matt Carpenter, who signed a one-year deal with the Padres last month.

Cruz is a seven-time All-Star and four-time Silver Slugger Award winner who has 459 career home runs in 18 big league seasons. He had 10 homers and 64 RBIs in 124 games with Washington last year. He didn’t play after Sept. 13 due to an eye condition that required offseason surgery. Cruz received a $3 million buyout after the Nationals declined a mutual option.

With the Padres, Cruz will be reunited with former teammates Manny Machado and Juan Soto. Cruz is noted for his veteran clubhouse presence, and was given Major League Baseball’s Roberto Clemente Award for character, community involvement and philanthropy in 2021 while with Tampa Bay.

The Padres also announced that suspended shortstop Fernando Tatis Jr. will be one of several star players to appear at FanFest on Feb. 4 at Petco Park. It will be Tatis’ first public appearance since he was suspended for 80 games on Aug. 12 after testing positive for a performance-enhancing drug. Tatis will be eligible to return on April 20.