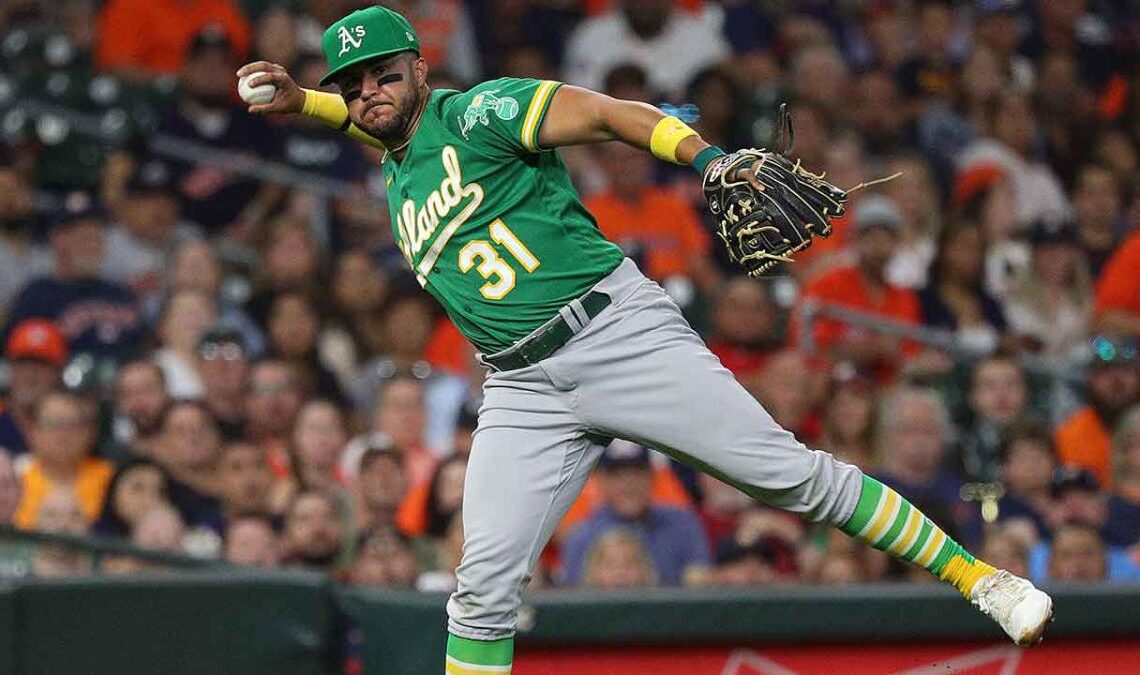 In need of a bit more infield depth after Nick Maton was traded to Detroit as part of the deal for reliever Gregory Soto, the Phillies signed former Oakland Athletic Vimael Machin to a minor-league deal.

It’s Machin’s “second stint” with the Phillies, though the first lasted less than a day. The Phils selected him from the Cubs in the 2019 Rule 5 draft and then quickly traded him to Oakland for cash considerations.

Machin is a 29-year-old, left-handed hitter from Puerto Rico. He was originally drafted by the Cubs in 2015 out of VCU. Despite a lack of power, he’s been a strong performer in 741 games at Triple A, hitting .307 with a .400 on-base percentage.

Machin played first, second, third and short for the A’s. Defensively, he’s graded out as neutral.

In the event of injury, a player like Machin could be needed because the Phillies don’t have many infielders close to major-league ready behind those backups. There’s Will Toffey, who played 97 games at Triple A Lehigh Valley last season, hitting .242 with a .770 OPS. He played mostly third base with a handful of starts at first.

Scott Kingery is also still in the organization. The 2023 season is the last guaranteed year of the six-year, $24 million contract he signed prior to 2018.