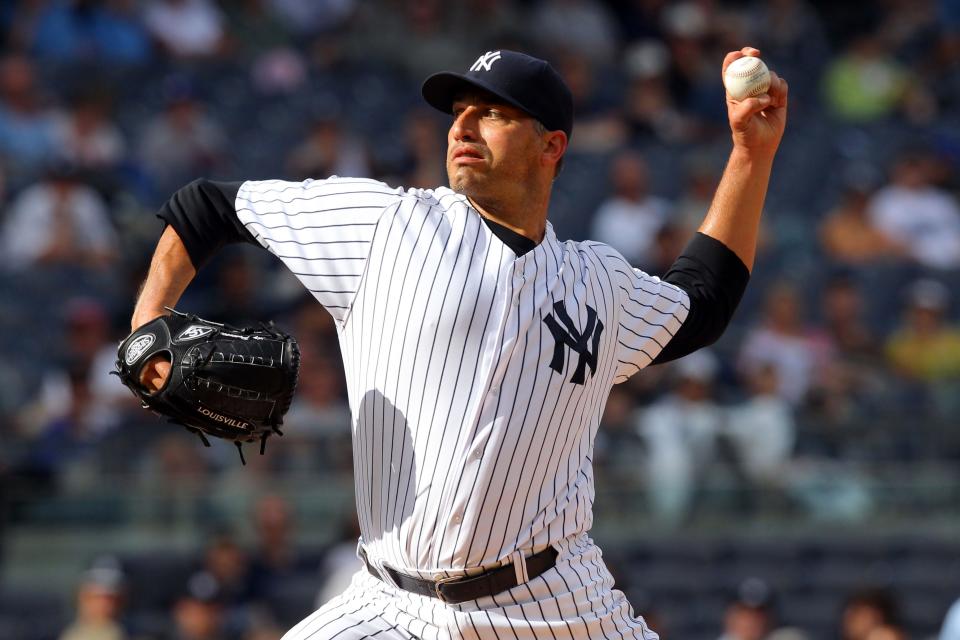 One of the most consistent performers on five World Series championship teams, left-hander Andy Pettitte enters his fifth year on the Baseball Hall of Fame ballot, presenting an interesting case as a New York Yankees legend – and admitted user of performance-enhancing drugs.

Certainly not a slam-dunk candidate with a 3.89 career ERA, Pettitte hasn’t even gotten the time of day due to his use of human growth hormone, exposed in the 2007 Mitchell report along with Roger Clemens.

Still, you can’t tell the story of those Yankee teams without a chapter on Pettitte, whose arrival in 1995 coincided with the team snapping a 14-year postseason drought. Pettitte won 256 games in his 18-year career, averaging 30 starts and a 15-9 record from 1996-2010.

Pettitte was beloved in the Bronx even after the Mitchell Report as part of the “Core Four” with Derek Jeter, Mariano Rivera, and Jorge Posada who won their fifth ring together in 2009. The club retired his number in 2015, which is a big deal for an admitted PED user.

With all that in mind, USA TODAY Sports takes a look at Pettitte’s complicated Hall of Fame case:

Why Pettitte belongs in the Hall

The winningest pitcher in postseason history, Pettitte’s playoff counting stats obviously got a boost with the introduction of a wild-card team and Division Series his rookie year, but it wasn’t just quantity.

With the 1996 World Series tied at two games apiece, Pettitte took a shutout into the ninth inning of Game 5 against the Atlanta Braves, a 1-0 Yankees win that set the table for the franchise’s first title since 1978. He went on to start three World Series clinchers, 1998, 2000, ’09) giving up just three earned runs in 20 innings.

Where he doesn’t stack up

Pettitte won 21 games twice in his career but had an ERA over 4.00 in nine of his 18 seasons. That’s not the be-all and end-all, especially for a pitcher during the Steroid Era – but that brings us to his protracted PED saga.

Days after the release of the Mitchell Report, Pettitte copped to using HGH but claimed that it was only “two days” in 2002 and it was in an effort to recover from injury.