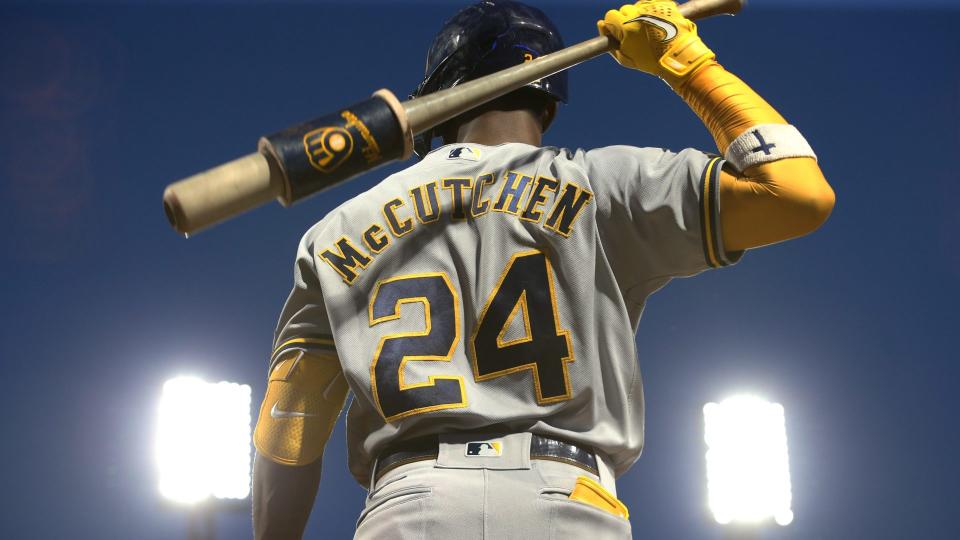 PITTSBURGH — Andrew McCutchen is returning to the Pittsburgh Pirates.

A person with knowledge of the agreement tells the Associated Press the veteran centerfielder, a five-time All-Star and the 2013 National League MVP for the Pirates earlier in his career, has agreed to a one-year deal with the club. The person spoke to the AP on condition of anonymity because the agreement is pending the completion of a physical.

The agreement is a homecoming for the 36-year-old McCutchen, who served as the centerpiece for Pittsburgh’s baseball renaissance a decade ago. McCutchen helped guide the Pirates to three straight playoff berths from 2013-15 after two decades of losing before being traded to San Francisco in January 2018 in a deal that included outfielder Bryan Reynolds, then a prospect in the Giants organization.

The signing comes as the Pirates are shopping Reynolds, Pittsburgh’s everyday centerfielder, who requested a trade last month.

McCutchen spent the first nine seasons of his career with the Pirates and still maintains a residence in the area. He’s bounced around since being traded to the Giants, splitting time between San Francisco and the New York Yankees in 2018 then spent three seasons with the Phillies from 2019-21 before playing for Milwaukee last season.

The deal adds another experienced voice to a team that has spent the offseason bringing in veteran pitcher Rich Hill and first baseman Carlos Santana in hopes they can mentor a young core that includes shortstop Oneil Cruz.

No active player knows more about what it takes to snap the Pirates out of the doldrums than McCutchen. A first-round pick by Pittsburgh in the 2005 draft, McCutchen’s dazzling play in the field and electric hitting at the plate fueled the franchise’s turnaround after 20 years of losing. The Pirates reached the playoffs as a wild card in three straight seasons from 2013-15, advancing to the NL Division Series in 2013.

McCutchen was at his best during the height of Pittsburgh’s resurgence. He finished in the top three in NL MVP voting from 2012-14, winning the award in 2013 when he hit .317 with 21 home runs and 84 RBIs.