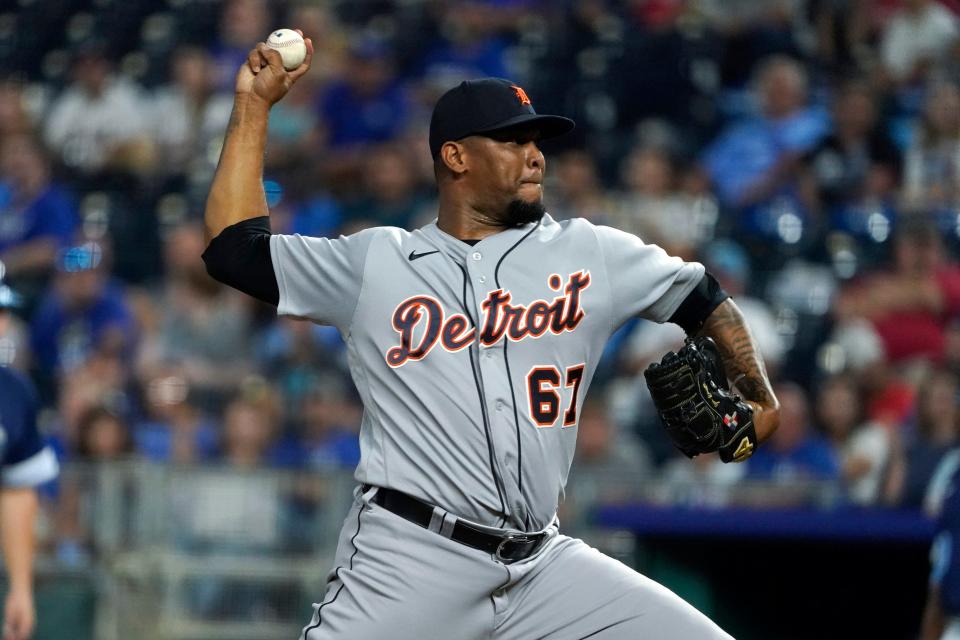 The Detroit Tigers have agreed to terms with their remaining two arbitration-eligible players.

Right-handed relievers José Cisnero and Rony García signed one-year contracts Friday, avoiding arbitration, and locking in salaries for the 2023 season, the team announced. Cisnero settled at $2.2875 million — according to MLB Network’s Jon Heyman — in his third and final year of eligibility, while it is unclear what Garcia’s salary will be this year, his first of eligibility.

while García will earn $X.X million in his first year of eligibility.

MORE ON FENCES:New dimensions should boost Tigers’ psyches: ‘You just want to be rewarded’

Meadows and Alexander avoided arbitration in mid-November for $4.3 million and $1.875 million, respectively. Meadows, who becomes a free agent after the 2024 season, completed his second year of the arbitration process, while Alexander completed his first year.

The Tigers removed Hutchison (projected for $1.8 million), Candelario (projected for $7 million), Reyes ($2.2 million), Funkhouser ($800,000) and both Castros (Harold, $2.6 million; Willi, $1.7 million) from the organization. The Tigers also cut Díaz (projection unclear) but re-signed him to a minor-league contract.

Jiménez and Soto avoided arbitration Friday with their new teams.

OPENING DAY 3B?: Why Nick Maton — who crushes righties and ‘can hit any fastball’ — fits with Tigers