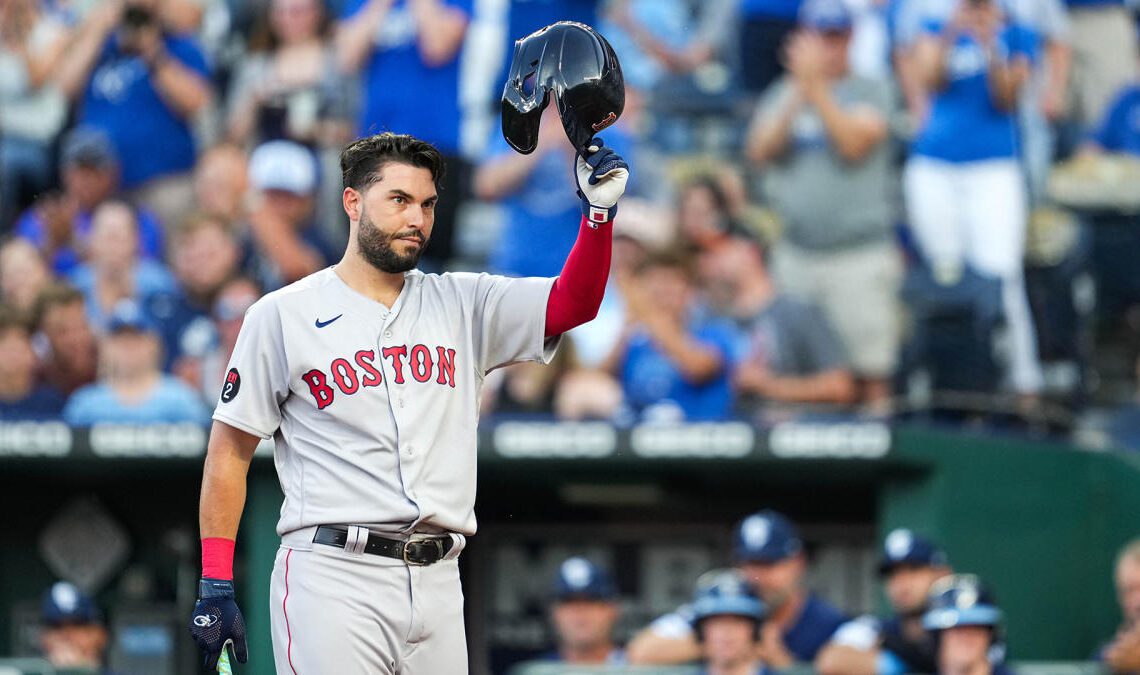 Just hours after Eric Hosmer officially agreed to terms to a one-year deal with the Cubs, team President Jed Hoyer confirmed the 33-year-old is expected to begin the season as the team’s starting first baseman.

Hoyer discussed the acquisition to reporters prior to the opening ceremony of this weekend’s Cubs Convention, offering some clarity on a position many fans have been unsure about.

While former NL MVP Cody Bellinger is primarily an outfielder, he has played nearly 2,000 innings as a first baseman in his career, logging most of that time during the 2017 and 2018 seasons, Bellinger’s first two years in the MLB.

Additionally, Cubs prospect Matt Mervis has worked his way into the conversation, thanks to a monstrous 2022 minor league campaign that saw the 24-year-old left-handed hitting slugger mash 36 homers and drive in 119 runs across High A, AA and AAA ball.

Though the Cubs seemingly have options at the 3 spot, Hoyer was confident in Hosmer’s ability to contribute in 2023.

“It was a chance to bring in a guy that has had some really good years, has had a really good career, and there’s a change of scenery element, I think to him,” Hoyer said.

Hosmer spent the first seven seasons of his career with the Royals, where he was a cornerstone piece to back-to-back pennants in 2014 and 2015, culminating in a World Series championship in the latter season.

The first baseman capped off his Kansas City tenure with the best showing of his career in 2017, playing in all 162 games with 25 home runs behind a career-high .318 batting average and 133 OPS+ in what was a contract year.

Hosmer converted the stellar season into a massive eight-year, $144 million contract with the Padres, where he put up mostly league-average numbers throughout his four-and-a-half season tenure outside of a resurgence in the pandemic-shortened 2020 season.

The Padres initially tried to trade Hosmer to the Nationals in exchange for star outfielder Juan Soto at the 2022 trade deadline, though the first baseman invoked his no-trade clause, requiring the deal to be re-worked. Hosmer was eventually traded to the Red Sox alongside two minor league players and cash in exchange for minor leaguer Jay Groome.