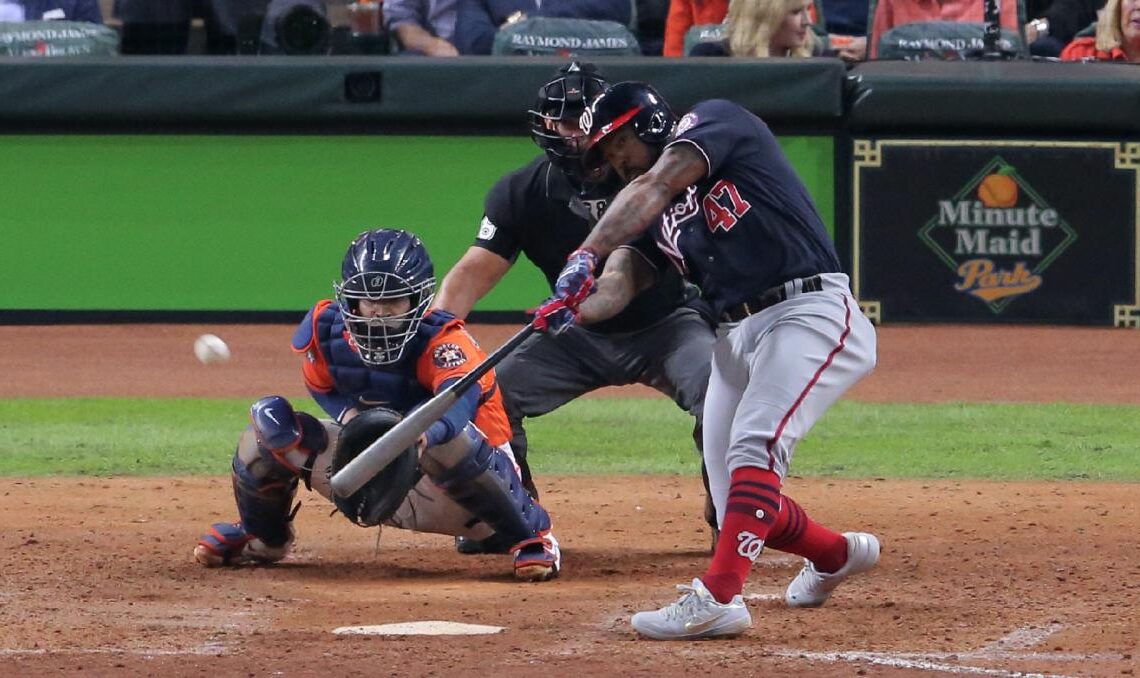 It was the biggest swing of Howie Kendrick’s life, the 2019 MLB season, and the history of the Washington Nationals franchise.

Down 2-1 to the Houston Astros on the road in the seventh inning of Game 7 of the World Series – with one out, Juan Soto on first, and an 0-1 count – veteran slugger Howie Kendrick launched a cutter off the right field foul pole to give the Nats a 3-2 lead which they wouldn’t relinquish. It’s etched into the memories of Curly W fans everywhere.

According to Kendrick himself, though, that at-bat was the result of a frustrating recent history between himself and the pitcher he homered off.

“That at-bat was the culmination of getting punched out by Will Harris at our place,” Kendrick said in an interview with MLB Network this week. “When he punched me out, he screamed like, ‘AHHHH,’ and he looked at our dugout.”

Harris, who the Nationals would sign just three months after the World Series, did indeed get the better of the then-36-year-old Nats’ infielder prior to their bout in Game 7.

In Game 1, Harris would force a popout from Kendrick in the 8th inning. Three games later, the righty would strike Kendrick out on five pitches. Turns out, third time was the charm for Howie.

“I got back to the dugout – and you could ask [Nationals’ assistant hitting coach] Joe Dillon to this day – I said, ‘Joe, if I get another at-bat against him, if I can get it down, I’m gonna get him.’ And that at-bat came in Game 7,” Kendrick said.

Harris’ first pitch was an 80 miles-per-hour breaking ball that fooled Kendrick for strike one. Next pitch, Harris made the grave mistake of testing Kendrick with a 91mph cutter low in the zone.

“It was an unbelievable pitch, but I knew if I could get him down, I could do something with it, and it just happened to be the right pitch for me,” Kendrick said. “It’s funny because people ask me about that…I was thinking, hit it to center field because I stay inside the ball. If I was thinking, ‘Go to right field,’ it would’ve went foul.

“So the only reason it really stayed fair was because my mindset was, I’m gonna drive the ball through the middle of the field even though it was a cutter because I knew I was gonna stay inside of it. And I caught it, and it just tailed in.”

The clang of that baseball against the right field pole in Houston, just below…