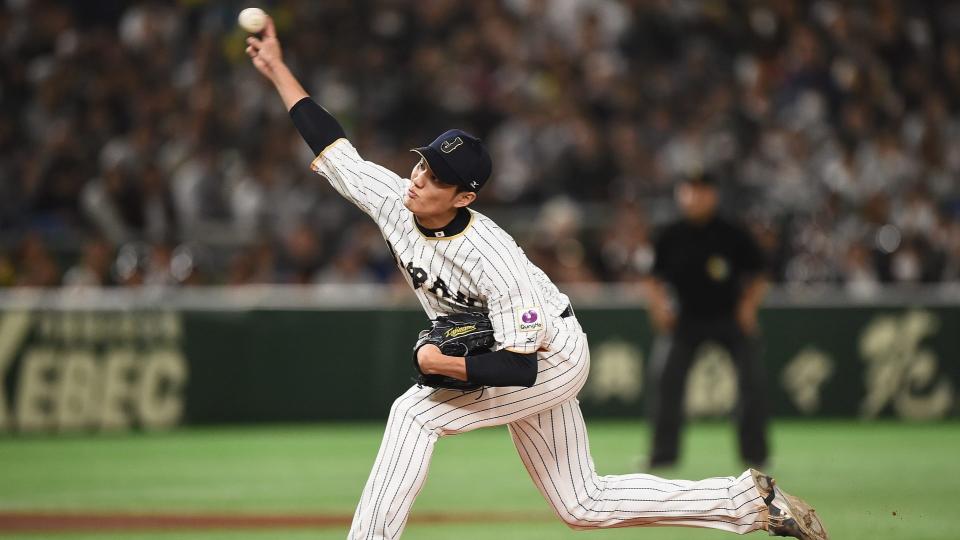 OAKLAND, Calif. — Japanese right-hander Shintaro Fujinami reached agreement on a one-year, $3.25 million contract with the Oakland Athletics, according to a person with direct knowledge of the deal.

The person spoke to The Associated Press on condition of anonymity because Fujinami’s contract is pending a physical.

Much like his countryman and superstar two-way player Shohei Ohtani, Fujinami can hit, too. They will now see each other often with Ohtani also in the AL West with the Los Angeles Angels. The two stars are from the same 2012 draft class, with Fujinami just less than three months older than Ohtani.

A hard-throwing 28-year-old, Fujinami could fill a key void in Oakland’s rotation as he can start or come out of the bullpen. He spent the past 10 seasons with the Hanshin Tigers in Japan’s Nippon Professional Baseball League. The 6-foot-6 Fujinami went 7-6 with a 2.77 ERA in 25 outings and 107 1/3 innings in 2022.

It’s unclear if the A’s will use him as a batter: Fujinami had 22 plate appearances last season.

Oakland could use a boost to its depth – and some positive attention as the A’s search for a new ballpark location either in the city’s Howard Terminal area or in Las Vegas.

In manager Mark Kotsay’s first season, the A’s finished 60-102 and missed the playoffs for a second straight year following three consecutive berths and an AL West title during the coronavirus-shortened 2020 season. They had 26 fewer wins than the 2021 team that finished 86-76, nine games behind the division champion Astros.