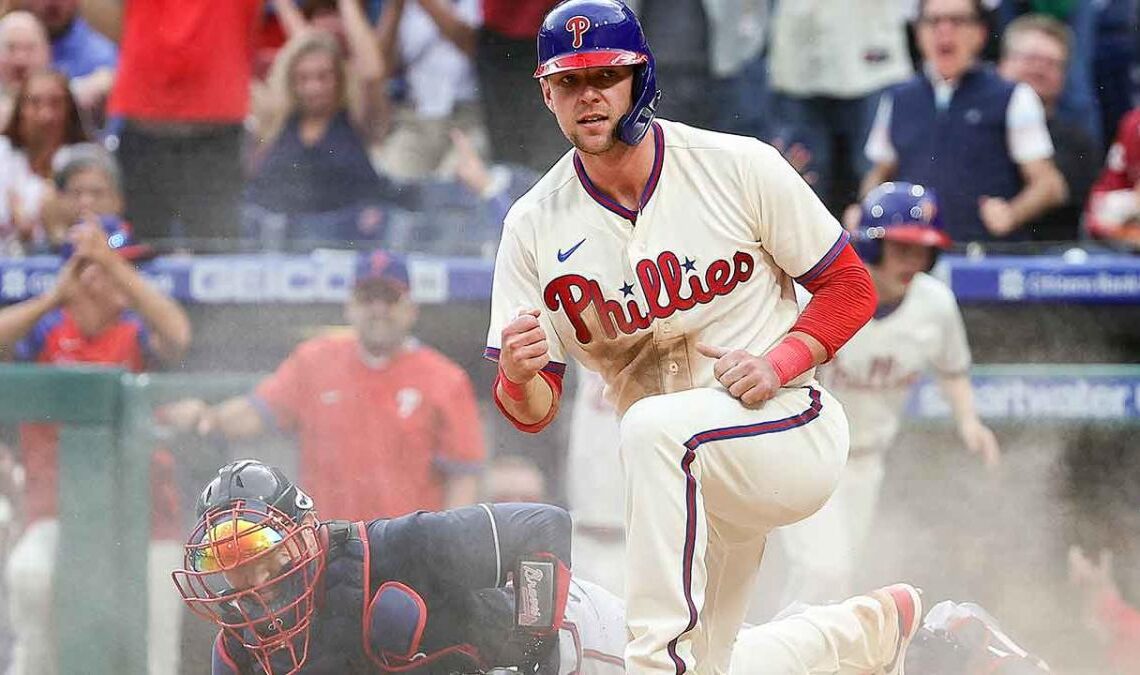 The Phillies have avoided arbitration with four of their six eligible players, including first baseman Rhys Hoskins.

Hoskins has a one-year deal worth $12 million, according to Fansided’s Robert Murray.

This is the final year the Phillies have Hoskins under contract. He’ll be a free agent after the season unless the sides work out an extension.

It’s a significant but expected raise from the $7.7 million Hoskins made last season, his second of arbitration eligibility. He earned $4.8 million the year prior.

They reached contracts with four of them: Hoskins, Suarez, Soto and Sosa. The team settled earlier this offseason with reliever Sam Coonrod, who missed most of last season with arm injuries.

Dominguez and Alvarado remain unsigned. The Phillies will go to arbitration hearings with them next month if they don’t reach deals beforehand.

As with Hoskins, this is the final year of arbitration eligibility for Alvarado. It’s the third of four years for Dominguez and the first for Suarez, Soto and Sosa.